The Frenchman's new lap record, a 1:38.862, was good enough to beat Alex Rins (Team Suzuki Ecstar) by 0.089s as Johann Zarco (Pramac Racing) cements a front row start in P3 despite a crash.

Reigning FIM MotoGP World Championship winner Joan Mir and the returning Marc Marquez were lapping together at the beginning of Q1, with the Suzuki star the session's early pacesetter. 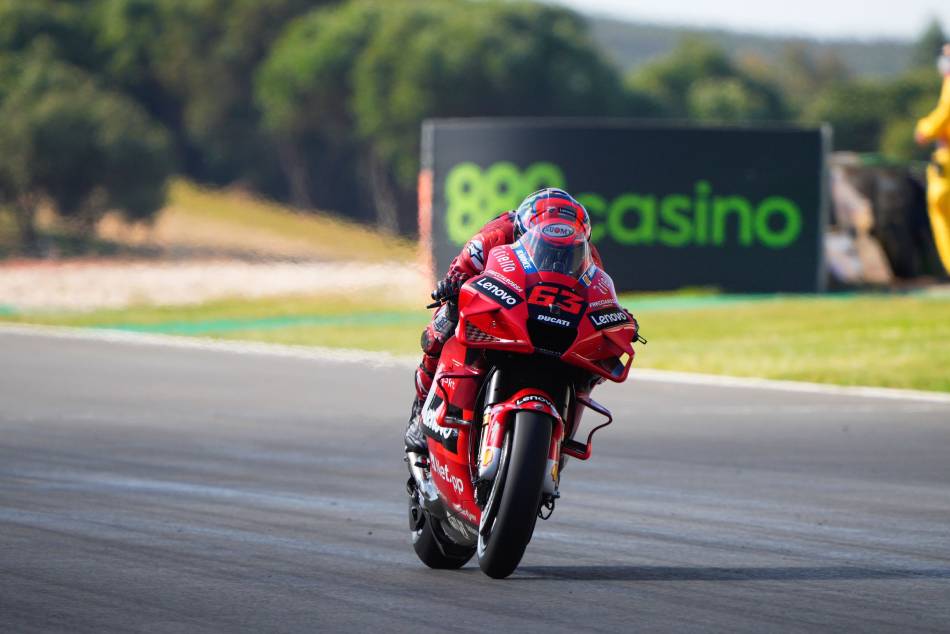 However, on the second flying lap, tucked right behind Mir, Marquez went 0.146sec faster than Mir and it was the duo who sat P1 and P2 at the end of the first flying laps.

Alex Marquez (LCR Honda Castrol) was 0.131sec shy of Mir in P3 as the Q1 riders headed out for a second time attack, with two Q2 spots at stake.

The former world champion then rumbled out of pitlane behind the current winner, but Marquez's first lap on his second run wasn't going to trouble anyone. His team-mate Pol Espargaro, minutes after a monster highside in FP4, was also searching for a Q2 place - as was Brad Binder (Red Bull KTM Factory Racing).

Yet another mouth-watering MotoGP qualifying unfolds, and yet more drama unravels in this brilliant sport. Quartararo's pace has looked superior, but Sunday (April 18) is surely going to serve up some more surprises. Tune in for the MotoGP race in Portimao at 1pm local time (5.30pm IST).

The Indian audience can catch all the action live on Eurosport SD/HD channels.