By Sajith B Warrier
Updated: Monday, November 22, 2021, 13:03 [IST]
oi-Sajith B Warrier
After easing to victory in Qatar, Lewis Hamilton is within touching distance of championship leader Max Verstappen.

On a day when Qatar marked the one-year countdown for the FIFA World Cup, Verstappen recovered from a grid drop that saw him start P7 to finish second, as Alpine's Fernando Alonso took the final podium position.

What a race we've had in Qatar - and now the countdown is on to the 2022 World Cup#QatarGP 🇶🇦 #F1 pic.twitter.com/o1lMl6gqjX

After a clinical start from pole position, Hamilton was able to control the pace at the front of the field with in indomitable lights-to-flag win, his second in a row after Brazil. 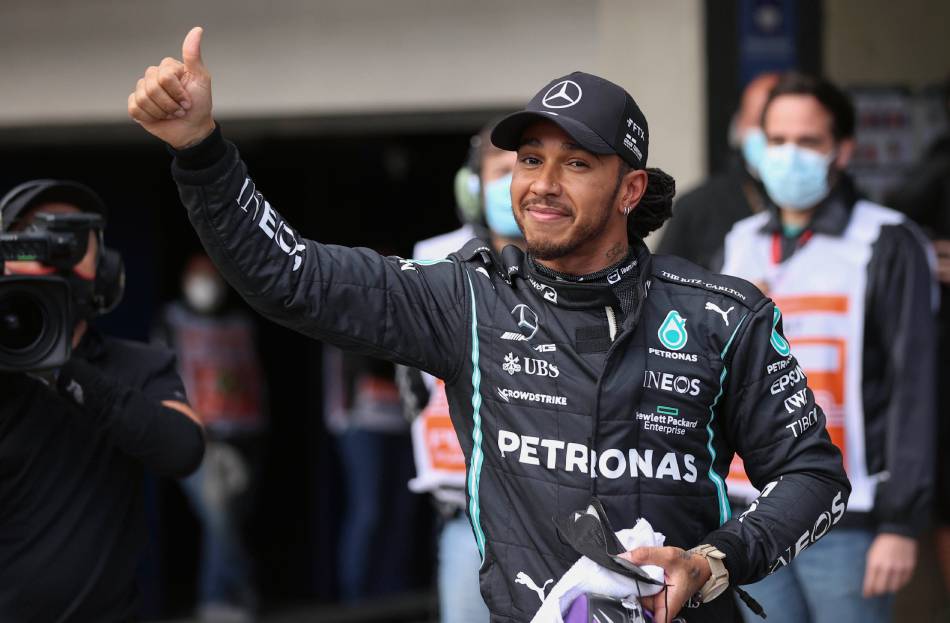 But while Hamilton was impressive, so too was Verstappen, who was dropped from P2 to seventh on the grid for failing to respect double waved yellow flags in qualifying.

Verstappen shrugged off the disappointment, though, jumping to P4 at the start before quickly making his way up to second, before following Hamilton home to limit the damage to his title lead, which now stands at eight points as Verstappen claimed the fastest lap bonus point.

An @F1 legend like @alo_oficial knows a good track when he sees one… 😉#QatarGP pic.twitter.com/udyPBBCpth

Meanwhile, there was joy down at Alpine as Alonso returned to the podium for the first time since the 2014 Hungarian Grand Prix, the Spaniard having executed an aggressive drive to survive late-race pressure from Red Bull's Sergio Perez to take third.

Perez's fourth place was a decent recovery considering he'd started P11, while he finished ahead of the Alpine of Esteban Ocon, with Lance Stroll taking P6 for Aston Martin.

The Ferrari pair of Carlos Sainz and Charles Leclerc were P7 and P8. Lando Norris took P9 after a late stop for the McLaren driver, as Sebastian Vettel took the final points-paying position for P10 - with Pierre Gasly failing to make a two-stop strategy work, dropping from P2 on the grid to P11, allowing Alpine to move clear of AlphaTauri in P5 in the standings.

Meanwhile, it was a day to forget for Mercedes' Valtteri Bottas, who took his own grid drop, dropping from P3 to P6, before falling to 11th at the start and then suffering mid-race tyre issues - as did Williams' George Russell and Nicholas Latifi - before Mercedes retired him.

Hamilton already held the record for poles (30 of 34) and wins (29 of 34) at the most different circuits and added to both tallies at the first ever Qatar Grand Prix.

Alonso also enjoyed his Losail bow, collecting points at the 34th of 34 tracks in real style.

After a triple-header that saw the momentum swing back in Hamilton's favour, there are two weeks before the next race -- the Saudi Arabian Grand Prix. The all-new Jeddah Corniche Circuit promises to be the fastest street circuit in F1. Bring on Saudi Arabia!