Bengaluru, May 1: Fabio Quartararo created history at the Spanish Grand Prix on Saturday (May 1) as the Yamaha man became the first MotoGP rider to record four straight Jerez pole positions.

The Frenchman's quadruple never looked in doubt too, with the FIM World Championship leader set to fire from his second pole of 2021 on Sunday (May 2) alongside Q1 graduate Franco Morbidelli (Petronas Yamaha SRT) and Jack Miller (Ducati Lenovo Team).

Before the shoot-out for pole position took place, there were two final places in Q2 up for grabs. 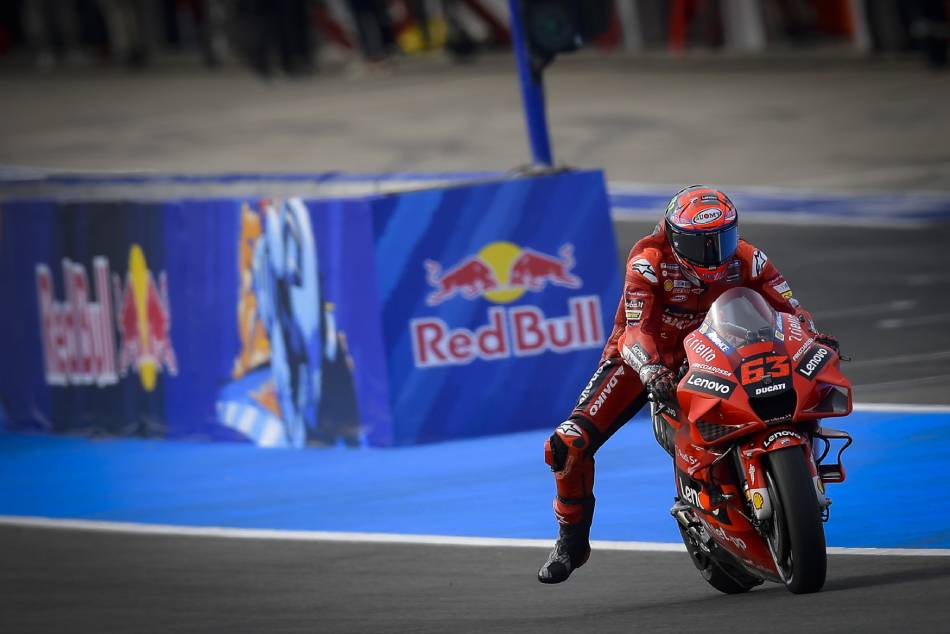 Bagnaia speeds past Quartararo to top Day 1 in Jerez

Those went the way of Morbidelli, after the Petronas Yamaha's man gamble to do his first run on medium rather than soft rubber paid off, and Red Bull KTM Factory Racing's Brad Binder.

That meant the returning Marc Marquez (Repsol Honda Team) was left languishing down in 14th - a career-worst qualifying performance from the six-time MotoGP world champion.

Fastest in FP4 and fastest in Q2 marked yet another superb Saturday for MotoGP's form man Quartararo.

The history books tell us he will be tough to stop on Sunday having eased to victory the last two times he clinched pole position in Jerez.

But one thing you can always rely on in the premier class is to expect the unexpected. Nothing is as ever as straight forward as it seems in MotoGP.

The Indian audience can catch all the action live on Eurosport channels.