By Sajith B Warrier
Updated: Saturday, August 8, 2020, 10:30 [IST]
oi-Sajith B Warrier
Fabio Quartararo reversed his Jerez trend and came out on top on both practice sessions at Brno.

Bengaluru, August 8: Petronas Yamaha SRT rider Fabio Quartararo remains the man to beat after Day 1 of the Czech Grand Prix, setting the time-sheets alive to end the day as the fastest.

It was far from lonely at the top, however, as his team-mate Franco Morbidelli was just 0.007 behind to go P2 overall.

The top three was completed by another Independent Team runner in the form of Miguel Oliveira (Red Bull KTM Tech 3), the Portugese rider putting KTM within half a tenth of the top, with Johann Zarco (Esponsorama Racing) the fastest Ducati to make it a 1-2-3-4 for Independent Teams - and all four were within a tenth. 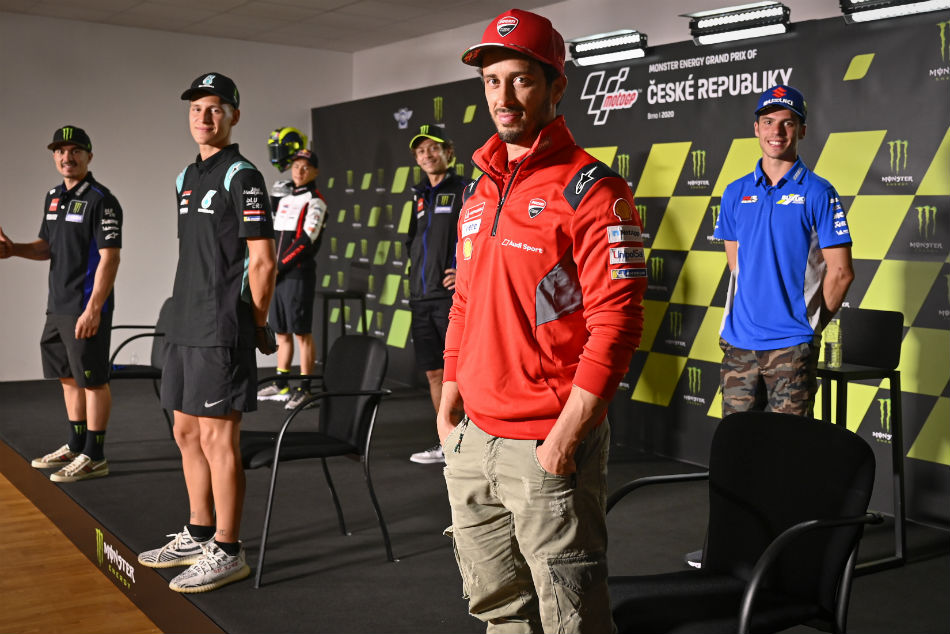 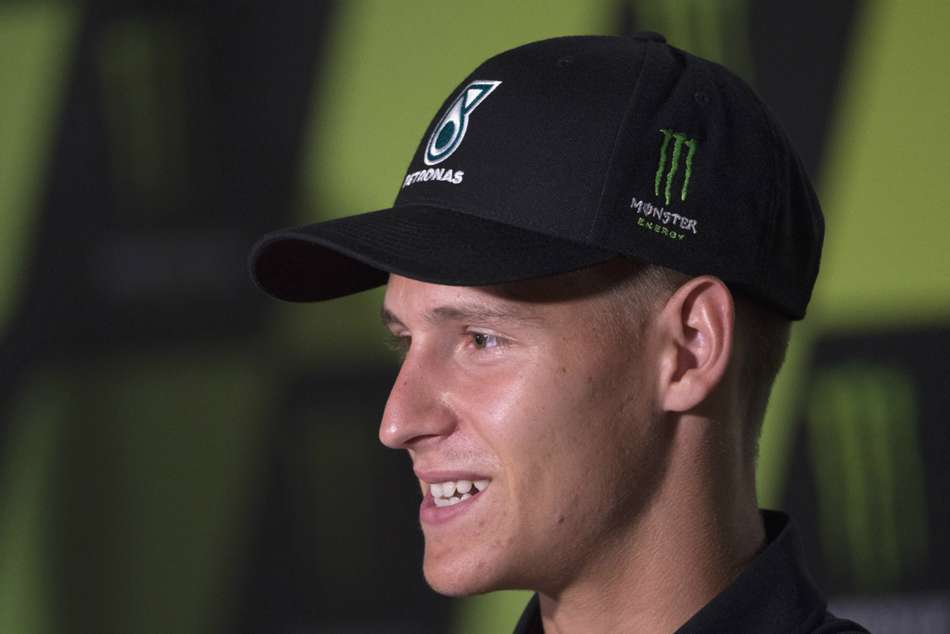 Francesco Bagnaia (Pramac Racing) crashed in FP1 and has been declared unfit. The Italian headed to the medical centre and then Brno University hospital for check ups on his right knee and has been diagnosed with a fracture at the top of his tibia.

The qualifying to decide the grid for the Czech GP begins from 2.10pm local time (5.40pm IST).

That made it five manufacturers in the top five, with only half a second covering the top 16 in FP1.

Dovizioso, who spent the day working on improving the setup of his Desmosedici GP bike ahead of Sunday's race without focusing on the lap times, finished 15th overall in 1:57.632, just 0.012 seconds behind his team-mate Danilo Petrucci.

Seventh at the end of FP1 this morning, Petrucci closed the day fourteenth overall in 1:57.620, after improving by a few thousandths of a second his best lap in the last minutes of FP2.

Morbidelli struck and knocked a whopping 0.936 off the fastest lap of the day, kick-starting the FP2 gold rush as a flurry of red sectors started to appear from a good few riders.

Alex Marquez (Repsol Honda Team) had the sole incident in FP2, the Spanish rookie seemingly suffering a technical problem and pulling over early in the session before scootering back to the pits.

At the start, Oliveira looked threatening with Zarco and Joan Mir still up at the sharp end.

But with 30sec left on the clock Quartararo was the only man left to cross the line - and just pipped his team-mate by 0.007.