After a chillier start, conditions were slightly warmer in the afternoon and allowed some riders to head out and post their best times of the day early in FP2, one of whom was Marquez as he sat on top of the standings in the opening exchanges. 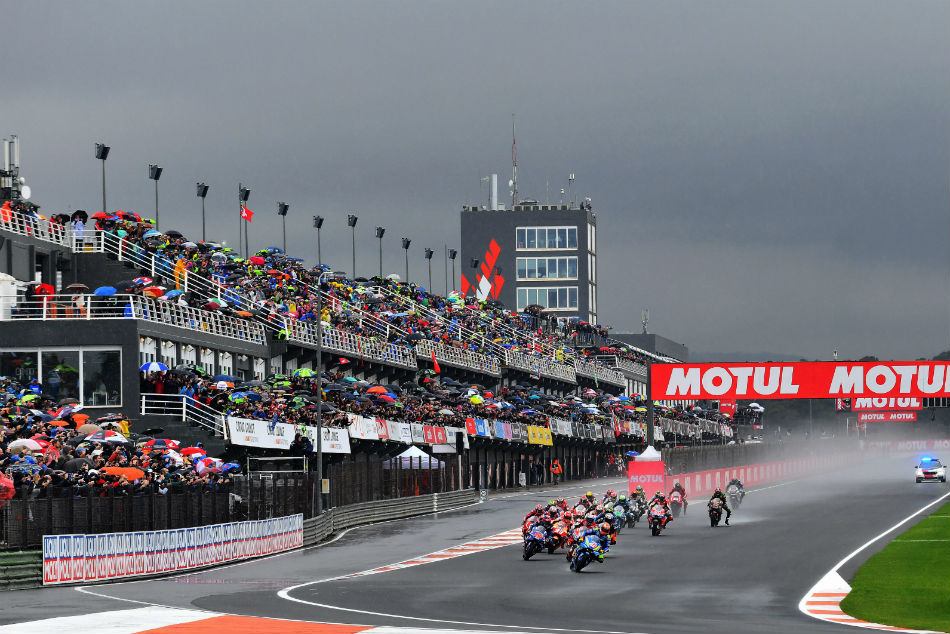 Last stop Valencia: MotoGP 2019 set to go out with a bang

He and Vinales had got the better of Quartararo's FP1 time fairly early on and leapfrogged the Rookie of the Year on the combined times, with Joan Mir (Team Suzuki Ecstar) putting in some impressive laps to claw his way up to P2 overall with around 10 minutes left. But the clock was ticking down and that meant a shuffle on the way.

Will Quartararo keep his dominion on Day 2? Tune in to find out.

Vinales on the move

So it was instead Vinales who first displaced Marquez from P1, but the Frenchman was on a charge and made his first gains to get up into second and then go top with an even better effort.

Marquez in the mix

That sees him top so far from Sepang winner Vinales and champion Marquez, with Miller in fourth at the end of the day despite a crash - and the Australian was second in FP1.

Morbidelli takes P5, ahead of Alex Rins (Team Suzuki Ecstar). The two-time premier class race winner got the better of rookie teammate Mir in the end, but not by much as the number 36 ends Friday in seventh.

Zarco's temporary team-mate Crutchlow was the man to lose out as he ended the day in 11th.

He will be a big name hoping to improve in FP3, and perhaps the biggest name has the same task ahead of him on Saturday: after crashing in FP1 at Turn 4, Valentino Rossi (Monster Energy Yamaha MotoGP) was unfortunately in the gravel again in FP2.

This time it was the fast right-hand Turn 10 that caught ‘The Doctor' out and thankfully the nine-time world champion was okay.

The same couldn't be said for his YZR-M1. He was 14th and will be aiming to leapfrog Michele Pirro (Ducati Team), Danilo Petrucci (Ducati Team) and Crutchlow as a minimum before qualifying.

The retiring Jorge Lorenzo (Repsol Honda Team) ended his final Friday in the sport in 16th, but just 0.012 off Francesco Bagnaia (Pramac Racing) ahead of him. What will Saturday bring?