The Stage 2 of the 15th edition of the PanAfrica Rally saw the racers cover a distance of 375 kilometeres in the Sahara Desert. At the end of the stage, Michael Metge stood at P1 followed by Adrien. Abdul Wahid Tanveer maintained his consistent performance to finish the stage at P11 and stands at P8 in the overall rankings. 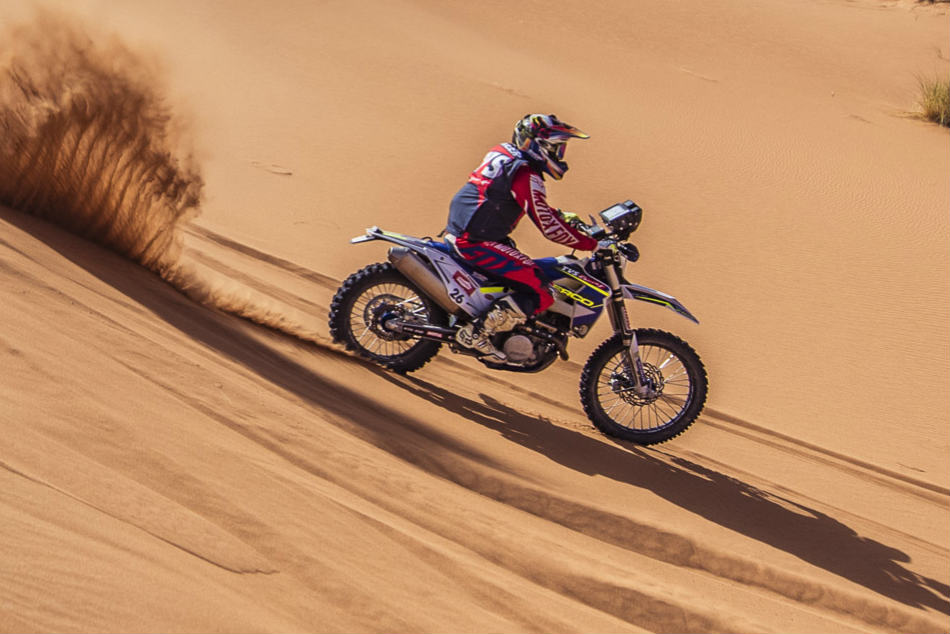 David Casteu, team manager, Sherco TVS Factory Rally team said: "We had a lot of pressure during the race since we had to maintain our top position and I am thrilled with the performance of the team.

"The weather has been quite inconsistent off late, with alternate rains and sand storms, it is difficult to be focused. Moreover, rains make the sand firm and hence holding on to your speed becomes difficult.

"Adrien opened the race with a lead, but he slipped on to his timing during the race. It is a delight to see both the Metge brothers competing against each other. Seeing, Tanveer giving out a tough competition to some of the seasoned racers was also a true pleasure."

Commenting on his performance, Michael Metge said: "There was a lot of pressure on me at the start, after a shaky start yesterday I am glad that I could pick up the momentum and secured my position at the top despite all the weather and terrain specific challenges. I look forward to finish the Rally with the same momentum under the guidance of Sherco TVS team."

Abdul Wahid Tanveer added: "It was a difficult stage but I am glad that I could hold on to my position till the end. The bike has been developed perfectly, as the terrain in this part changes quite frequently making maneuvering quite difficult. The team is doing great and I am happy to contribute to the success of the team."

💥 @mikametge P1 of stage 2 in the @panafrica_rally 🥇 . Followed by his brother @adrienmetge at the 2nd place! . #sherco #shercofamily #rally #tvs