Bengaluru, May 1: Francesco Bagnaia converted pole position at the Spanish Grand Prix in Jerez circuit for his first victory of the 2022 FIM MotoGP World Championship ahead of defending champion Fabio Quartararo with Aleix Espargaro completing the podium even as Marc Marquez stole the thunder with a gritty fourth-place finish.

It had been a showdown that has built all weekend long -- Ducati Lenovo's Bagnaia vs Monster Energy Yamaha's Quartararo.

The pair were in a class of their own at the Circuito de Jerez Angel Nieto with victory, despite incredible late pressure, going the way of Bagnaia as he officially announced himself as part of the title race. 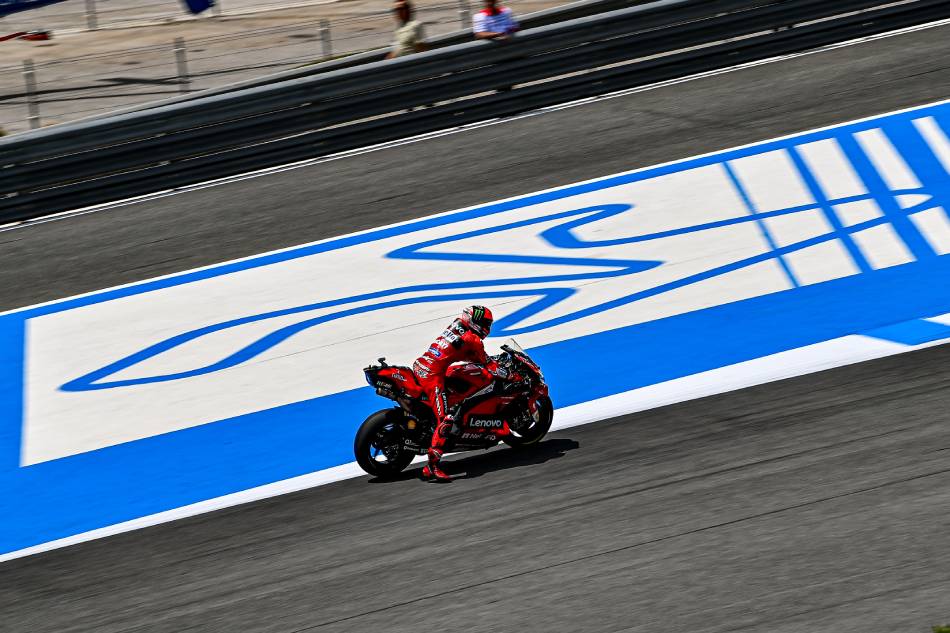 Quartararo was forced to settle for second but did take an outright lead in the 2022 FIM MotoGP World Championship standings.

After finishing the previous campaign with four wins in six races - his first victories in the top category - Bagnaia had endured a slow start this year, failing to even reach the podium prior to this weekend.

But a record lap in qualifying put the Ducati man on pole in Jerez, and he led from start to finish to kick-start his season in style.

In the fight for third, Aleix Espargaro broke clear in the final laps to end Aprilia's MotoGP concessions after six long years.

Both Jack Miller and Marc Marquez, chasing his 100th MotoGP podium, got the jump on Aleix Espargaro early on, seemingly setting up a direct battle between the pair.

Marquez eventually got past Miller with five laps remaining following a stunning move at Turn 5, which he made stick despite the pace of the Ducati.

But that manoeuvre opened the door for Aleix Espargaro, running in fifth, to come back at them, and he profited when Marquez went wide at Turn 13 and required an incredible save to stay on his bike, catching himself with his left elbow.

Aleix Espargaro was able to build a bigger gap, although Marquez at least passed Miller again for fourth, delivering the drama that was missing at the front of the race.

Behind Marc Marquez and Miller in fourth and fifth was Team Suzuki Ecstar's Joan Mir, who drifted into late contention but couldn't find a move on the men in front of them.

The MotoGP caravan now moves to Le Mans for the French Grand Prix, the seventh round of 2022 FIM MotoGP World Championship to be held in two week's time.

(By a special arrangemnet with Dorna Sports)