Bengaluru, October 1: Marco Bezzecchi, one of Valentino Rossi's proteges, has broken the all time lap record around the Chang International Circuit in Buriram to grab pole the position for the Thailand Grand Prix.

The Mooney VR46 Racing Team rider set a 1:29.671 with the chequered flag out to edge Prima Pramac Racing's Jorge Martin by just 0.021sec in Q2, while Francesco Bagnaia (Ducati Lenovo Team) gave his title hopes a boost by also getting himself onto the front row. 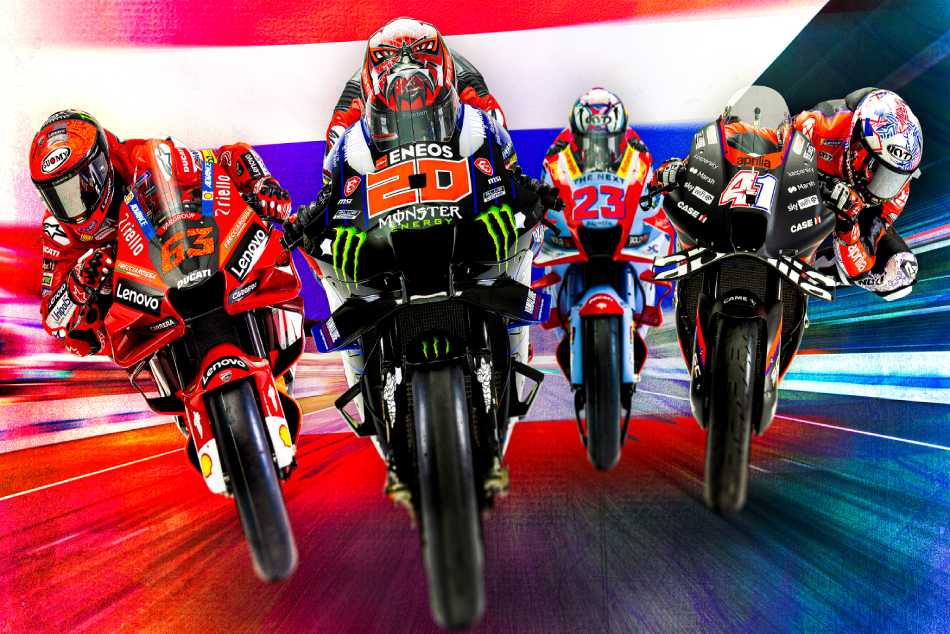 Thai GP: The title fight touches down in Buriram

Martin had been fastest through free practice and he went even quicker again on his first run in Q2 in setting a 1:29.893.

Prima Pramac Racing team-mate Johann Zarco held second on a 1:29.963 as the track went quiet and Quartararo was third on a 1:30.009. Bagnaia, however, was all the way back in ninth at 0.835 seconds off the pace.

Once again, Quartararo is the lone ranger amid a flock of Ducatis. He dug deep to claim fourth with a final-lap 1:29.909, Zarco qualified fifth despite being unable to improve on his first run, while Enea Bastianini (Gresini Racing MotoGP) managed to also get onto Row 2 with a late 1:29.988 as he seeks to keep his title hopes alive.

Jack Miller (Ducati Lenovo Team) slipped from fourth at the end of the first runs to seventh all-told after an apparent issue of some sort with his motorcycle.

Marc Marquez came from Q1 to take eighth with the only new soft Michelin rear tyre he had left. However, it might have been even better, the eight-time world champion across all classes on-track to go as high as the front row before a moment through the final corner on his last lap, which turned out to be a 1:30.133.

In the final minute of the session, Marc Marquez reclaimed the ascendancy with a 1:30.038 while practically latched on to the exhaust pipe of Franco Morbidelli (Monster Energy Yamaha MotoGP) as he crossed the line, and Oliveira jumped from seventh to second with a 1:30.099.

So, we have a first-time pole-sitter, and Bagnaia has an opportunity to claw back ground on Quartararo. After the Sunday morning warm up, the battle for the Thailand GP takes place over what are sure to be 26 thrilling laps from 3pm local time (1.30pm IST).