Istanbul, October 11: Lewis Hamilton was left frustrated by Mercedes' decision to pit late during the Turkish Grand Prix, helping Max Verstappen take over the Formula One championship lead in Istanbul.

Hamilton had claimed pole in qualifying but was handed a 10-place grid penalty due to an engine change, meaning Mercedes team-mate Valtteri Bottas started in first place.

It was a lead Bottas only relinquished briefly to Charles Leclerc, though the Finn regained it with a brilliant move on the inside of the Ferrari with 11 laps remaining to ensure his first win of the season. 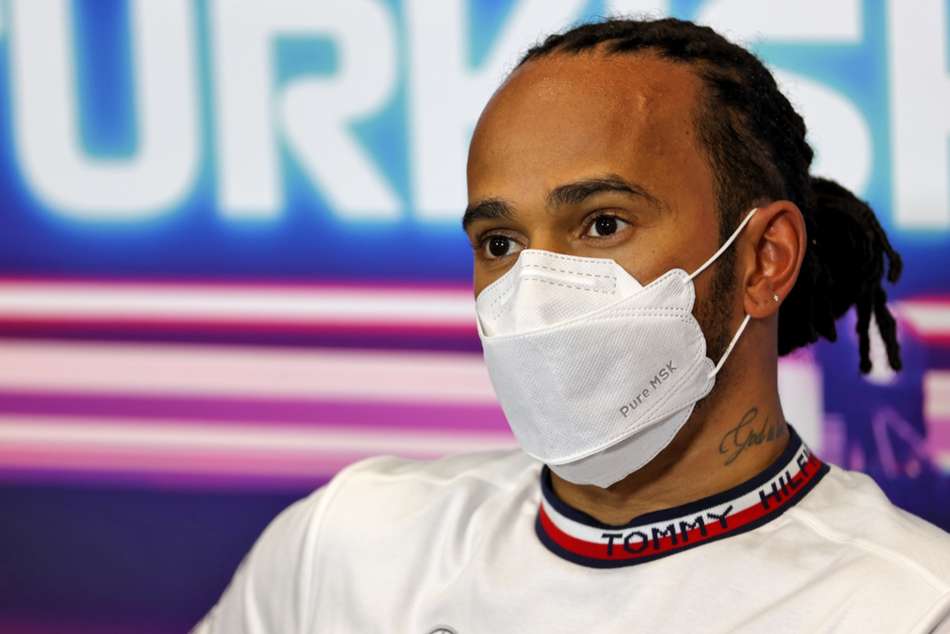 With Verstappen claiming second, it was Hamilton's decision to hold off pitting in the wet conditions that proved crucial in the title race.

Well in the hunt for a podium place at the time, Hamilton was finally instructed to come in by Mercedes on the 51st lap.

Yet the decision to switch to intermediate tyres did not pay off, with Hamilton left furious with his team, stating: "Why did you give up that place?”.

While one half of the Mercedes garage will be left pondering their decision, the other was celebrating a flawless drive from Bottas, who endured a miserable race in Turkey last year.

Behind Bottas, it was a fantastic outing for Red Bull, with Verstappen securing a six-point lead over Hamilton in the championship standings and Sergio Perez completing the podium places.

Hamilton ultimately finished fifth, holding off Gasly but unable to gain ground on Leclerc, who missed out on the top three after pitting late on himself.

Perez and Hamilton do battle

Hamilton thought he had nipped ahead of Perez heading into lap 35, with the pair going wheel-to-wheel for five corners in a fantastic tussle.

Though Hamilton had the faster acceleration, Perez pushed at Turn One to regain the place and even though the Red Bull driver subsequently pitted, he had done enough to keep the seven-time world champion at bay and hand Verstappen a real boost.

Alonso hits out at Gasly

Fernando Alonso made a strong start in Istanbul, but he found himself spinning off the track on the first corner after a clip from Pierre Gasly.

By the time he rectified the situation, Alonso had dropped from fifth to 15th. Gasly, for his part, explained that he got "sandwiched", though the Frenchman was nevertheless handed a five-second penalty that cost him a place in the top five.