By Mykhel Team
Updated: Monday, December 13, 2021, 9:17 [IST]
omnisport-MyKhel Team
Mercedes had their protests dismissed by the stewards, and that meant Red Bull could celebrate Max Verstappen's maiden Formula One title.

Abu Dhabi, December 13: Max Verstappen and Red Bull were celebrating after rivals Mercedes failed to overturn the result of an extraordinary final race of the Formula One season in Abu Dhabi.

Verstappen won the race and with it the championship on Sunday, passing title rival Lewis Hamilton on the last lap after a safety car deployment transformed the race.

Starting the race all square with Verstappen at the top of the standings, it seemed as though Hamilton would clinch a record eighth driver's title when he built up a healthy lead in the closing stages. 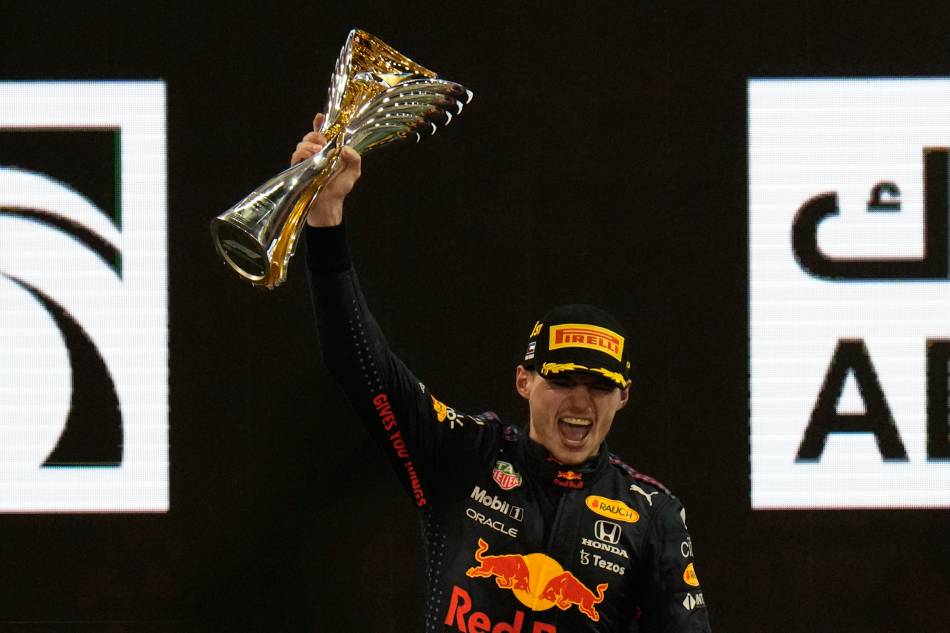 However, the British driver's advantage was wiped out when the safety car came out after Nicholas Latifi crashed with four laps remaining.

Verstappen pitted to get fresh tyres for a potential shot at passing the Mercedes man, and he got that chance when race director Michael Masi ruled lapped cars could overtake the safety car, which headed in and allowed one lap of racing between the contenders.

As Red Bull soaked up their sensational victory, Mercedes launched a formal protest "against the classification established at the end of the competition".

They complained that Verstappen may have briefly edged in front of Hamilton, who had position as the lead car, and also protested over how rules were applied concerning when lapped cars can overtake under safety-car conditions.

While race stewards accepted Verstappen had "for a very short period of time" moved slightly ahead of Hamilton, they were satisfied that he dropped back behind the leader before the safety car period ended.

The second part of the appeal was also rejected by the stewards, who announced that news in a statement.

The stewards declared that "once the message 'safety car in this lap' has been displayed, it is mandatory to withdraw the safety car at the end of that lap" and "notwithstanding Mercedes' request that the stewards remediate the matter by amending the classification to reflect the positions at the end of the penultimate lap, this is a step that the stewards believe is effectively shortening the race retrospectively, and hence not appropriate".

"Accordingly, the protest is dismissed," the stewards added.

It remained to be seen whether further steps would be taken by Mercedes.

Red Bull team principal Christian Horner, quoted by the BBC, said: "We are going to go and celebrate this championship now. Thank you very much."