Bengaluru, May 4: Maverick Vinales topped the post-race test at the Circuito de Jerez-Angel Nieto with a 1:36.879, the Monster Energy Yamaha MotoGP rider putting in a characteristically busy day at the office as he did 101 laps.

Alex Rins (Team Suzuki Ecstar) was second just 0.034 back, with Joan Mir making it two Suzukis in the top three although the reigning champion was four tenths off Vinales as the duo on top pulled clear.

Marc Marquez's (Repsol Honda Team) day also ended early, the six-time world champion did a total of just seven laps as he continues to feel the effects of his huge FP3 crash at Turn 7.

Marquez tweeted that his right arm and shoulder were very stiff and he immediately found out that he was very limited on the bike. Time for the Spaniard to rest up ahead of the French GP, which is up next at the famed Le Mans circuit on May 16.

Most recent race winner Jack Miller (Ducati Lenovo Team) was straight back to work as he and FIM MotoGP World Championship leading team-mate Francesco Bagnaia completed a combined total of 84 laps, one day after securing the Bologna factory's first 1-2 since Brno 2018.

For Vinales' team-mate Fabio Quartararo, after the issues faced in the Spanish Grand Prix, it was a day not spent on track for Monday's test. 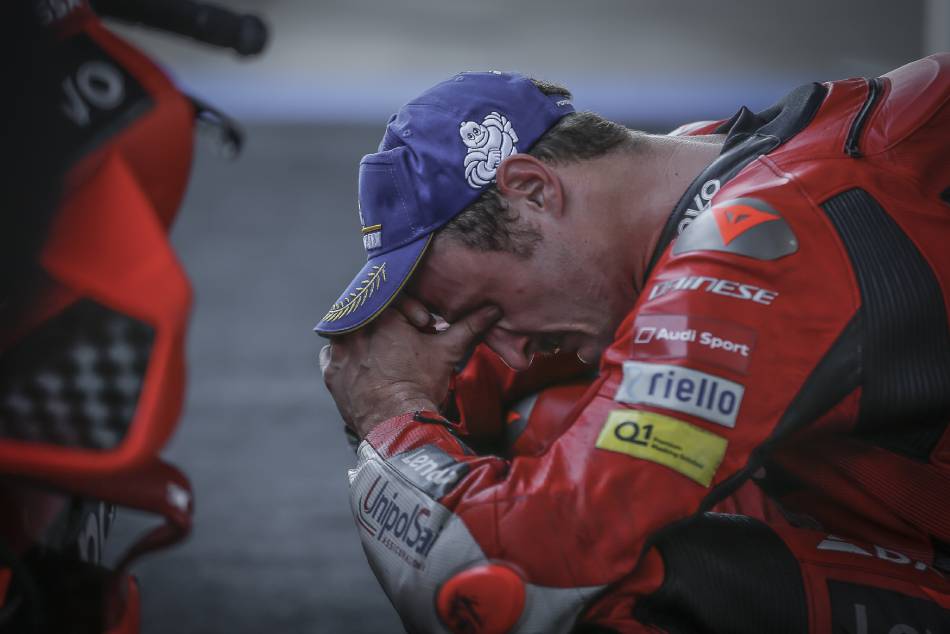 MotoGP analysis: How Miller silenced his critics at Jerez

Rins' day ended at lunch time after the Spaniard completed 59 laps. The Suzuki star said he tested the 2022 engine and that he and the team managed to find some improvements in pace.

The Frenchman experienced severe arm pump issues that saw him dramatically decline from P1 to P13 in the race, and El Diablo headed to France for further checks ahead of his home race at Le Mans in a couple of weekends time.

The next time we will see the MotoGP riders out on track will be at Le Mans for FP1, where we will get to see if anyone has made steps forward after a busy test day.