A perception of AITA management is being created which is not flattering: AITA CEO Akhuri Bishwadep

New Delhi, Nov. 7: The national tennis federation on Thursday said an unflattering perception was being created about it in the wake of Mahesh Bhupathi's removal as captain when it actually selected Rohit Rajpal because the ITF till the last moment had not given the impression that it will move the Davis Cup tie out of Islamabad.

Hours before the ITF announced shifting of the tie to a neutral venue, AITA appointed Rohit Rajpal as new captain in place of Bhupathi, who along with top players had made themselves unavailable for the tie, which ITF had rescheduled to November 29-30.

Exasperated at AITA's decision to remove him, though he was available for the job at a neutral venue, Bhupathi said it is not acceptable to him that he is being fired for not showing up for national duty.

The All India Tennis Association (AITA) CEO Akhuri Bishwadep while addressing the media said that a perception is being created that they take decisions in autocratic manner which was not true. "AITA has utmost regard for Mahesh Bhupathi and other players. The last few months have not been easiest for us due to uncertainties. But a perception of AITA management is being created which is not flattering. Contrary to that perception we wish to state unequivocally that AITA has respect for players and stakeholders," Bishwadeep said.

"The decision of change in venue was victory of soft diplomacy and quiet persistence of AITA. However, in the last three months the ITF never gave an impression that it would agree to a change in venue," he added.

"Bhupathi had already informed that he would not travel to Pakistan as his family was not in favour of that. Considering the likelihood of the tie being held in Islamabad, it was important to decide on captain, who had the maturity and calmness to deal with the sensitive tour.

"Leander Paes was also considered for captaincy but it was decided not to burden him with two roles. Anand Amritraj was also considered but he wanted a long term stint and that time Rohit was asked if he can take up the job and he agreed without putting any condition," Bishwadeep said. 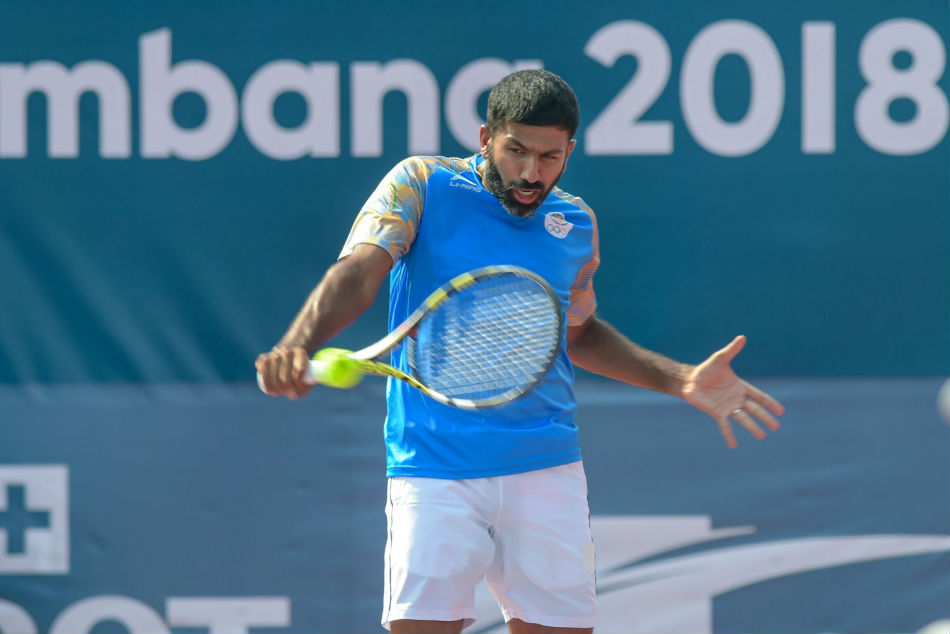 The AITA CEO also flaunted a dossier which had all the correspondence between AITA and the ITF in the last few months regarding the tie. Rajpal, 48, on his part, said he was pained to see that Indian tennis was more in news for wrong reasons as he made an appeal to senior players to come for dialogue instead of criticising the federation on public platforms.

"These players are our legends. The junior players look up to them. But we are always in news for wrong reasons. Indian tennis does not need this. Everything can be reasoned out, there has to be a dialogue. It's easy to discredit people," Rajpal said.

While Rajpal said he was not authorised to speak if Bhupathi can comeback as captain, he still said, "never say never". "I would say why not. It's executive committee's decision to decide on captain but if Mahesh is required in future why not have him and also he can make more contribution in other capacities being a legend of the game. Everything is open.

"I appeal to all stakeholders and players to come together and speak as one voice and defeat the enemy which is not within but outside."

On him taking up captaincy when safety concerns were there, Rajpal said, "If you give me a gun and ask me to go to the border, I will take the gun and fight. I have been brought up in a way that I can't say no to country's call."

Rajpal said AITA is lenient in its approach towards the players and he appreciates that but the federation should not be taken for granted. "It does not happen in BCCI," he said adding that a more collaborative approach was way forward for everyone.