Melbourne, January 30: Sofia Kenin stunned world number one Ash Barty to reach her first grand slam final at the Australian Open but it came as no surprise to the American, who always believed.

Kenin spoiled the 'Barty Party' on Thursday, the 14th seed upstaging the Australian star 7-6 (8-6), 7-5 in sweltering heat in Melbourne, where the temperature soared towards 40 degrees Celsius.

The 21-year-old, who will meet two-time major winner Garbine Muguruza in Saturday's decider, became the first American other than a Williams sister to progress to the Australian Open final since Lindsay Davenport in 2005. 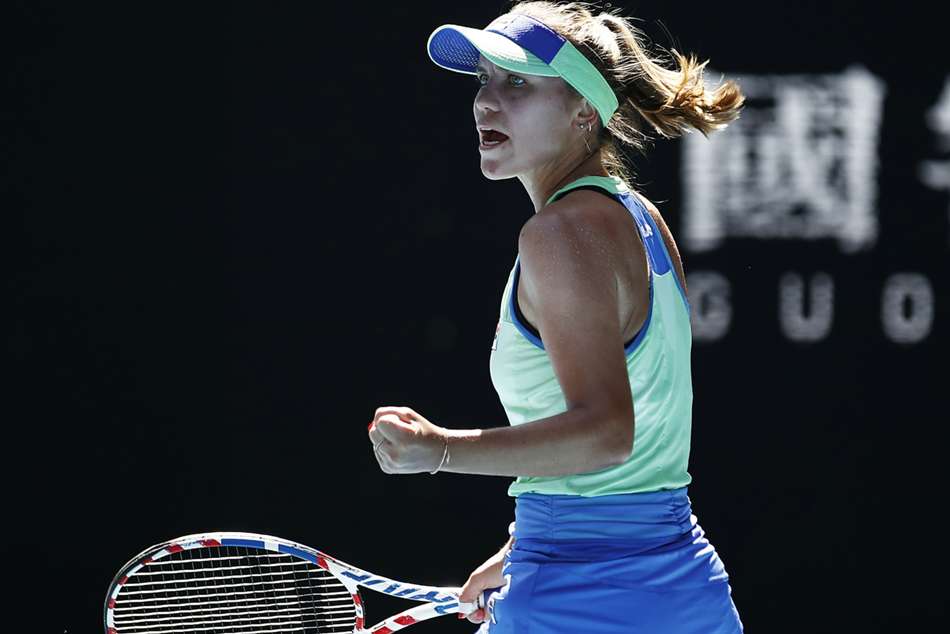 Kenin also became the youngest player to defeat a world number one at the tournament since 2008, when Maria Sharapova knocked out Justine Henin in the quarter-finals.

"I always believed I can. Of course, I didn't have a book. I didn't know exactly when. I feel like at this young age, I think it's incredible," Kenin, who saved two set points in both the first and second sets, told reporters.

"Not everyone gets to live this moment, live this dream. I'm just really grateful for it. I've worked so hard. I've put all the efforts into my practices, into my fitness. All the efforts I've been doing, it's got me here. It's just paying off and it's like a dream come true for me."

Kenin added: "I'm not shocked. It's a dream come true for me. I've always dreamed about this. Of course, I believed in myself.

"I was playing, I knew I was in the semi-final. It was just great. I'm so happy I was able to share the court with Ash.

"After the match, of course it's pretty emotional. It's the finals. It's something different. It's surreal. [I'm] so grateful for it."