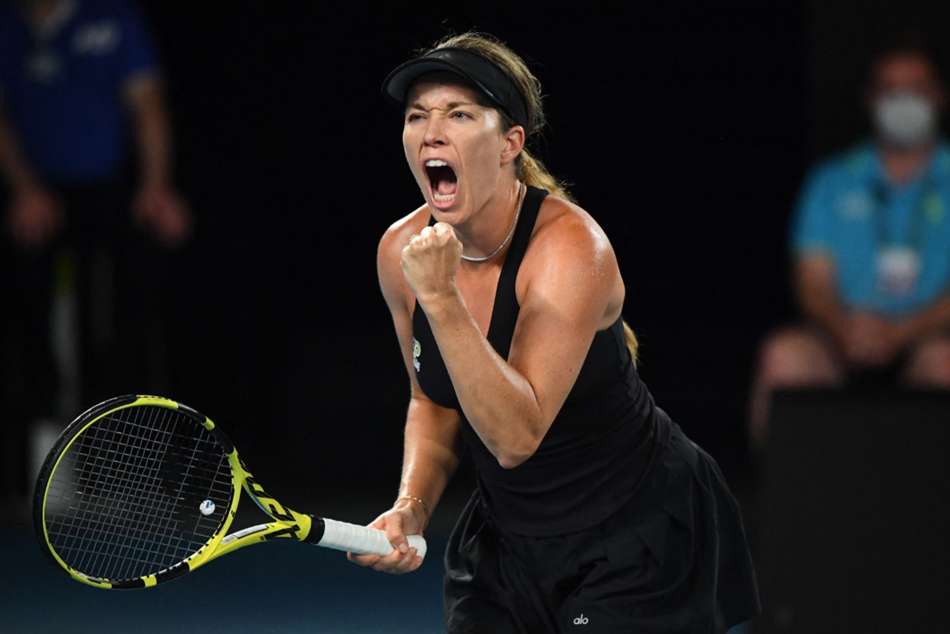 Collins was imperious in her second major semi-final on Rod Laver Arena, taking just an hour and 18 minutes to beat Swiatek 6-4 6-1.

The 28-year-old American's emphatic victory was her second over a top-10 opponent in a grand slam.

Collins was relentless as a struggling Swiatek had no answer to her aggressive approach, and the 27th seed will attempt to tear up the script by denying Barty a first Australian Open title on Saturday.

It was only last April that the Florida native underwent emergency surgery for endometriosis, an extremely painful condition in which tissue similar to that which lines the uterus grows outside of it.

Collins was also diagnosed with rheumatoid arthritis in 2018, but she has broken new ground for her career at Melbourne Park, dropping only two sets en route to the final.

She said in an on-court interview following the win over Swiatek: "It feels amazing. It's been such a journey, and it doesn't happen overnight. So many years of hard work and hours at an early age on court.

"Yesterday I was talking about all the early mornings my dad would get up with me and practise before school. It's just incredible to be on this stage and especially with the health challenges. I'm just so grateful, and I couldn't be happier."

Collins beat world number one Barty to reach the Adelaide International quarter-finals last year, having lost their previous three meetings, and the world number 30 will embrace such a big occasion this weekend.

She said: "We've had some incredible battles over the years. It's going to be really spectacular, with the energy the fans bring, whether they are for me or for my opponent.

"I think we're just so grateful after everything with COVID to have incredible energy and people here supporting us."