'Doubles can't be the easy way out for Indian tennis,' says Gaurav Natekar

Sania Mirza and Rohan Bopanna did a face-saving act for Indian tennis at the Australian Open on Wednesday when the unseeded duo reached the mixed doubles final of the Grand Slam by defeating third seed Neal Skupski and Desirae Skawczyk 7-6 (5), 6-7 (5), 10-6.

The result overshadows the fact that not one Indian player made it to the singles qualifiers draw of the Grand Slam event while men's tennis ended with not one player inside the top 300 of the ATP ranking (Prajnesh Gunneswaran is highest ranked Indian at World No. 339). 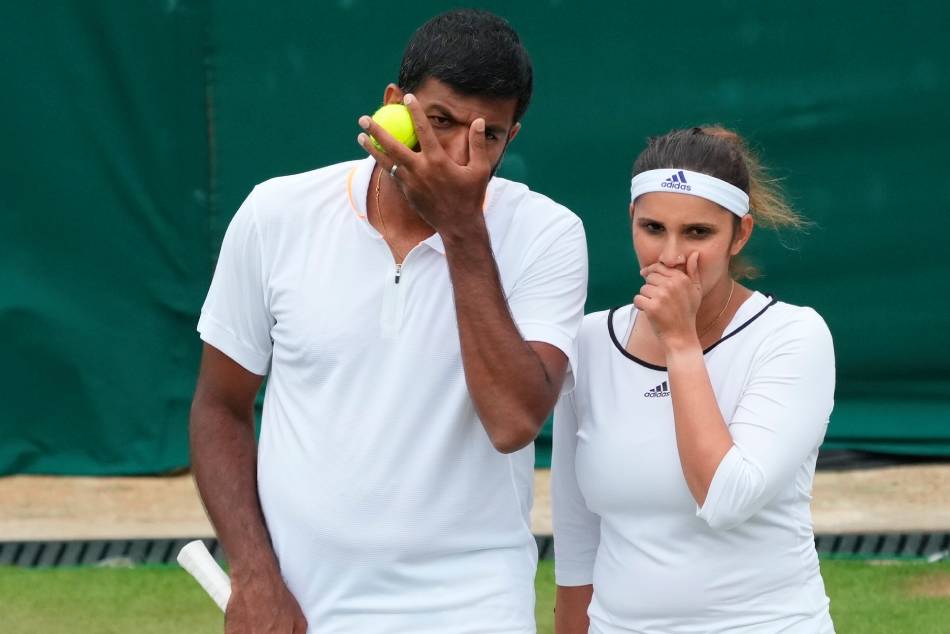 As far as women's tennis is concerned, Ankita Raina (World No. 258) and Karman Kaur Thandi (270) are the two Indian names inside the top 400 while Sania prepares to bid adieu to competitive tennis.

This reflects poorly on All India Tennis Association (AITA), who got to be asked why India failed to create a pool of talent when names like Leander Paes, Mahesh Bhupathi, and Sania Mirza became iconic names in the nation.

"This was always going to happen (Indian tennis downfall)," said Gaurav Natekar, 1993 Davis Cup semifinalist and 1996 Arjuna awardee. "Most tennis federations in India are not up to the mark as far as the latest techniques are concerned.

"AITA had an opportunity with Leander and Mahesh were at the top, there was a huge opportunity when Sania transcended the sports pages to make tennis popular. I think somewhere, AITA has missed the bus and that's why we are not seeing any Indian in the qualifier of a Grand Slam now."

There is some hope in Sumit Nagal, who shot to the limelight at just 22 by taking a set off Roger Federer on his Grand Slam debut back in the 2019 US Open. Now 25, Nagal is trying to make a comeback after prolonged injuries as his ranking dropped to World No. 503 currently.

Apart from him, Prajnesh seemed to have primed in his career at 33 while the likes of Ramkumar Ramanathan (aged 28), and Mukund Sasikumar (26) have their peak tennis yet to come as Indian players often carry the reputation of playing their best singles tennis when they near the 30s.

Among youngsters, names like Karan Singh, Mann Maulik Shah, and Manas Dhamne are seen as the future prospect of Indian tennis.

Among women's names, Raina (30) and Thandi (24) have failed to reach the heights of Sania yet. The likes of Zeel Desai, Jennifer Luikham, Mahak Jain, and Humera Sheikh are a few of the prospects that excite Indian tennis fans.

However, the very fact that none of them are iconic names in their early 20s while Sania was already among the top 30 before she turns 20, itself says a lot.

That's not going to impact India's success in the doubles category, felt 50-year-old Natekar, who fears that players may start taking the easy way out, especially after Yuki Bhambri decided to take retirement from singles owing to injuries.

"India as a nation will always do good in doubles and mixed doubles, simply because we have to cover half the court; we have great hand-eye coordination, we have a great feel for the ball and better understanding of doubles," said Natekar before the beginning of the Australian Open 2023.

"My only concern is that people will start quitting singles pretty early because it's the easy way out to play the doubles and we only have players who are playing doubles," said Natekar.