Australian Open: 'I'm good at being me' – Barty will continue to play her own game in bid for Melbourne glory

Melbourne, Jan. 23: World number one Ash Barty promised to carry on playing her own game after booking her spot in the last eight of the Australian Open. 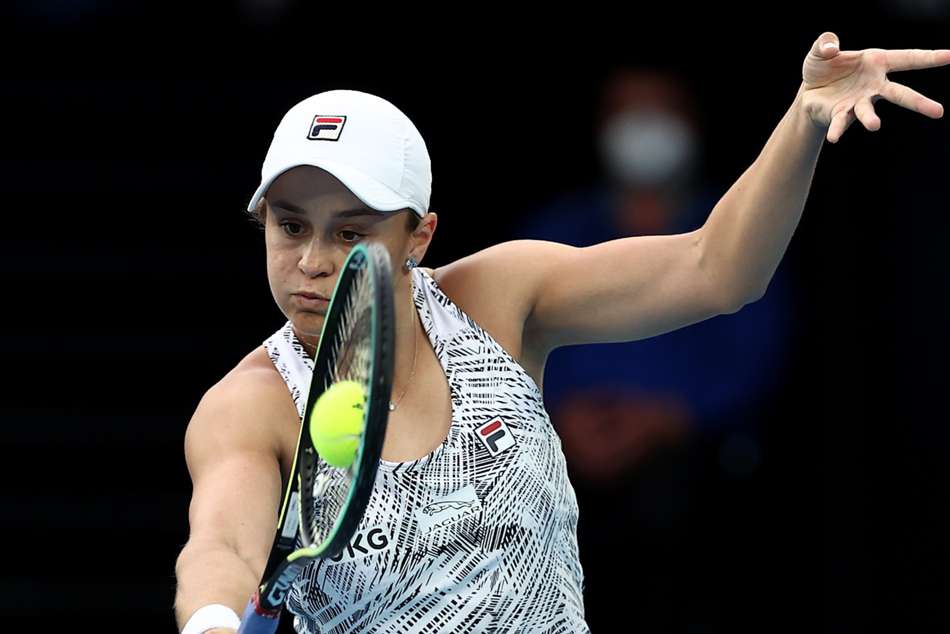 Barty, the top seed, defeated Amanda Anisimova 6-4 6-3 on Sunday to progress to the quarter-finals in Melbourne for a fourth successive time.

Anisimova defeated last year's champion Naomi Osaka in the last round, but she proved no match for Barty, who sealed the win in 74 minutes.

Barty did see her run of holding serve ended, however, after 63 games without being broken, though it was a minor blip in another convincing win.

Indeed, the 25-year-old has now won all four of her Australian Open ties without dropping a set.

Asked what was key to her dominant form, Barty said: "I think the most important thing is I just try to be me, continue to be me, that's all I can do.

Her comments were well received by the crowd at Rod Laver Arena, and Barty is delighted to be playing in front of spectators once again.

"The last two years have been extraordinarily tough for a lot of people around the world," she said.

"To have the crowd here, it brings a lot more to the tennis. It makes it a lot more enjoyable for me to play at home."

Barty struck seven aces and registered a first-serve percentage of 78, while also hitting 23 winners and making exactly half the amount of unforced errors as Anisimova (17 to 34).

"Amanda is an incredible athlete and incredible competitor. It's nice to see her back playing her best tennis," Barty continued.

"I enjoyed sharing the court with her and testing myself against her. It was nice to be able to hold firm tonight."

Asked in a post-match news conference about dropping serve for the first time in eight matches, Barty replied: "It didn't bother me too much.

"Honestly, I'm not counting how many games I hold in a row or not. The fact I was able to reset, break straight back, was really important, just to be able to reset myself, go again and continue to do the right things."

Next up for Barty, a two-time major winner who is yet to taste victory in her home grand slam, is another American in the form of Jessica Pegula, who upset fifth seed Maria Sakkari 7-6 (7-0) 6-3.

"It's going to be a challenge for me to try and push her off that baseline and make her uncomfortable and feel like she has to create," Barty told reporters.

"But I know that she's also going to be doing the exact same thing to me and trying to make me uncomfortable.

"That's the chess game that we play. You go out there and have fun with it, see who can execute better on the day, and that's about all there is to it."