Bengaluru, January 17: India's Prajnesh Gunneswaran failed to make the main draw of the Australian Open men's singles event after going down 6-7 (2-7), 2-6 to Latvia's Ernests Gulbis in the final round of the qualifiers in Melbourne .

Prajnesh, the top-ranked Indian at 122, had earlier defeated local wildcard Harry Bourchier and Germany's Yannick Hanfmann, en route to reaching the final round of qualifiers for the season's first Grand Slam tournament. 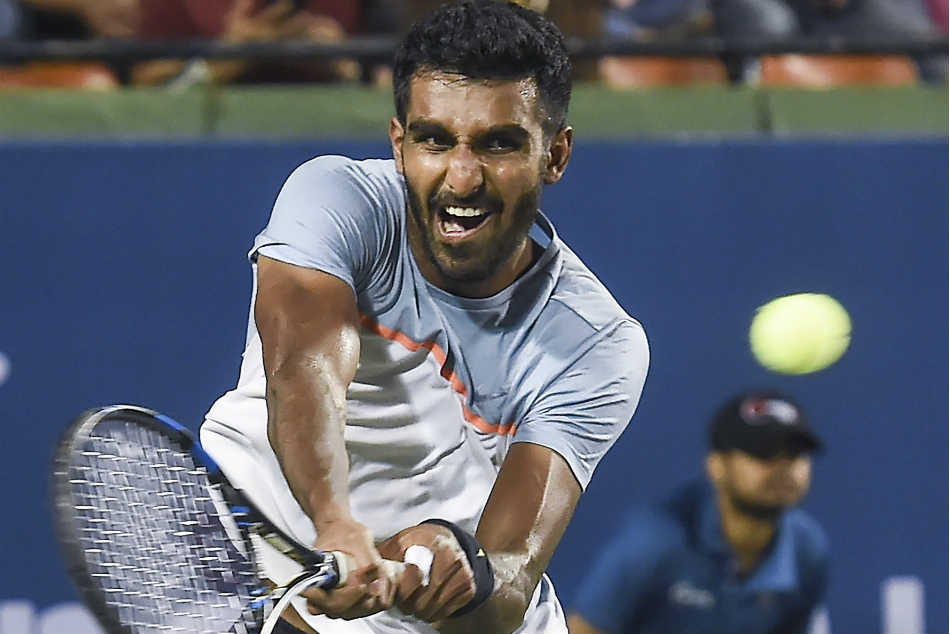 But Gulbis proved a tough nut to crack for him.

#PrajneshGunneswaran fought hard in the first set to take it into tie-break, where the Indian faltered to hand early advantage to his rival.https://t.co/ZgjjgzmRdI

It was a close first set which went into tie-break, where Prajnesh faltered to hand early advantage to his opponent.

In the second set, Gulbis broke Prajnesh in the first and third games to race to a 3-0 lead.

From there on, the Indian found it tough as Gulbis held his serve to close out the contest that lasted for one hour and 20 minutes.

With Prajnesh's ouster, India's campaign in the singles ended in the qualifiers.

Earlier, Sumit Nagal suffered a straight-set loss to Mohamed Safwat of Egypt to crash out in the first round of the qualifiers.

Ramkumar Ramanathan had also made an early exit along with lone Indian contender in women's singles qualifier, Anikta Raina.