New Delhi, Nov 20: Pakistan has been forced to pick two rookie 17-year-olds for their Davis Cup encounter against a full-strength Indian squad after senior players Aisam-ul-Haq Qureshi and Aqeel Khan pulled out protesting against the tie being shifted to a neutral venue.

The International Tennis Federation (ITF) has shifted the November 29-30 tie from Islamabad to Kazakhstan capital Nur-Sultan. The Pakistan Tennis Federation named teenagers Huzaifa Abdul Rehman and Shoaib Khan, both of whom are ranked as lowly as 446 and 1004 respectively in the junior ITF ranking list. 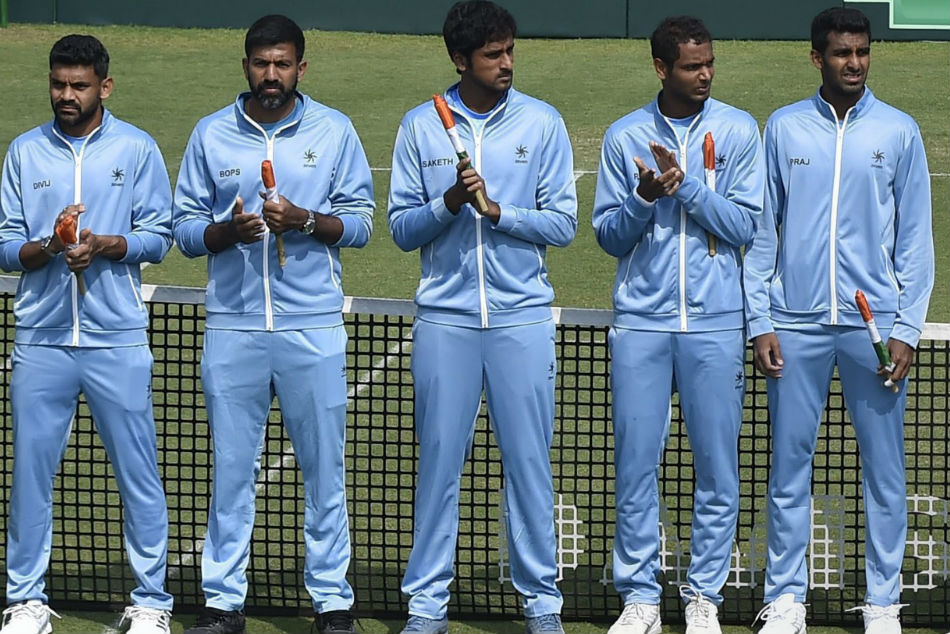 Yousuf Khan and Ahmad Kamil, also teenagers, along with Amjad complete the squad. With Pakistan's top players Aisam and Aqeel pulling out of the tie in protest against shifting out of matches to a neutral venue, the PTF was left with no option but to pick junior players.

"India wanted to win this tie, so now they can win this tie easily. Every day hundreds of Indians are coming to Pakistan. Our hotels in Islamabad are full of Indians but the six Indian players can't come. It's a shame," Khan added.

In the last tie, Pakistan hosted against Uzbekistan in April 2018, apart from Aqeel and Aisam, Muzammil Murtaza, Heera Ashiq and Shahzad Khan were part of the squad, which had lost 0-4. In the same year, Pakistan had beaten Korea 4-0 at home.

Since 2017, Pakistan hosted four Davis Cup teams and Hong Kong was the only team deciding against travelling to Islamabad. The International Tennis Federation (ITF) dismissed Pakistan's review appeal against shifting of the tie against India to a neutral venue and nominated Nur Sultan to host matches on Tuesday.

When asked whether they have let their team down by pulling out, veteran Aqeel told PTI, that it was about taking a stance.

"We have not let down our team and nation, I don't think so. The Pakistan federation is also supporting us. This is a moral stand that we have taken. It's not that wherever you throw us, we will go and play. In the past also ITF has taken a few decisions that went against us," the 39-year-old said.

"We are also standing somewhere. We are also playing in Group I. We have maintained our position by beating some good teams in Asia zone. Aisam and I were very clear in our stance that if the tie is played outside, we won't play," he said.

Aqeel questioned why India was given a walkover when Australia had refused to travel to India in May 2009 in the wake of Mumbai terror attack during the previous year.

"Why the tie was not played on a neutral venue at that time and India were given a walkover?," he countered, indicating that ITF was not fair with PTF.

"We wanted a good competition. Indian tennis federation and Indian team have missed out on an opportunity to receive incredible hospitality and security by refusing to visit Islamabad. We don't understand, thousands of people are coming here, then what was the problem with this Indian team?"