By Russell Greaves
Updated: Wednesday, September 30, 2020, 8:59 [IST]
omnisport-MyKhel Team
Novak Djokovic made an imperious start to his Roland Garros title challenge as the former champion began his pursuit of more glory in Paris.

Paris, September 30: Novak Djokovic set his sights on French Open glory after thrashing Mikael Ymer in the first round on Tuesday.

The Serbian, seeking to put his US Open disqualification firmly behind him, made an early statement of intent with a 6-0, 6-2, 6-3 victory on Court Philippe-Chatrier.

It took Djokovic one hour, 38 minutes to get the job done, with Ricardas Berankis awaiting in the second round. 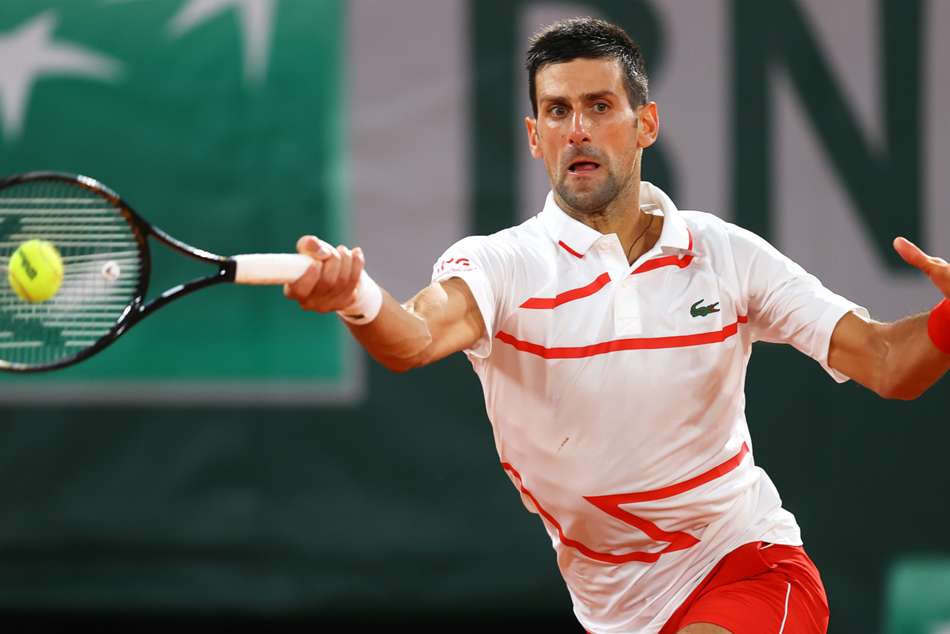 And the world number one is determined to chase down a second crown at Roland Garros, having triumphed in 2016.

"Hopefully I can have another successful year here in Paris. 2016 was a dream come true.

"Obviously the only French Open title I have won in my career, and it was a very long anticipated title."

Two days after they went head to head in the Hamburg European Open final, Andrey Rublev and Stefanos Tsitsipas were back in action in Paris.

And both at one stage looked in serious danger of first-round exits, with their efforts of the past week in Germany seemingly catching up on the seeded pair.

Rublev, who got the better of Tsitsipas in Hamburg, trailed Sam Querrey by two sets on Tuesday. Tsitsipas also slumped two sets behind in his clash with Spain's Jaume Munar.

"Although I started well, I was kind of switched off again later during the first set," Tsitsipas said. "Whatever I was trying to do, most of my shots were landing out and nothing was going my way.

"It was crazy what was happening out there, and I couldn't find any solutions. I feel like I was just turning down the hill, and I'm happy that I took my time.

"I started thinking a little bit more. Started figuring out why I was rushing so much and why I was going for extreme things. After a bit of processing and thinking, I think that helped settle things down and have a fresh new start of the match."

Rublev accepted his display against Querrey was dismal, saying: "I was feeling completely tight. I choke another level. From the first point of the match till the last match of the match I was completely frozen. I couldn't do one step, I could only hit, I was tight like I don't know."

Matteo Berrettini breezed past Vasek Pospisil 6-3 6-1 6-3 before railing against the relentless march of time.

At just 24, the Italian is already feeling like a veteran after seeing the impressive exploits of compatriots Jannik Sinner and Lorenzo Musetti, who are both teenagers.

"Now it's crazy. Until last year I was the young one," exclaimed Berrettini, who faces Lloyd Harris in round two.

"Now these two are with big steps stepping in. I mean, my career is completely different compared to theirs. They started really young.

"This is my third Roland Garros, and I'm 24. Probably them at 24, they would have played already maybe six Roland Garros. It's definitely different."