French Open: After climbing his own Everest, the comedown could be biggest threat to Djokovic hopes

By Mykhel Team
Updated: Saturday, June 12, 2021, 19:36 [IST]
omnisport-MyKhel Team
Novak Djokovic played a mesmerising match to reach the French Open final, but it remains to be seen how much that has drained his energy.

Paris, June 12: Novak Djokovic described beating Rafael Nadal at the French Open as the tennis equivalent of scaling Mount Everest – and it will be how he copes with the descent that dictates his prospects in Sunday's final.

Researchers have pointed to that being the real danger on Everest expeditions, and there are perils involved in a tennis comedown too, although Djokovic was optimistic he would be ready for Stefanos Tsitsipas in the Roland Garros title match.

"I'm not the freshest guy right now obviously," Djokovic said after his four hours and 11 minutes epic semi-final against Nadal. 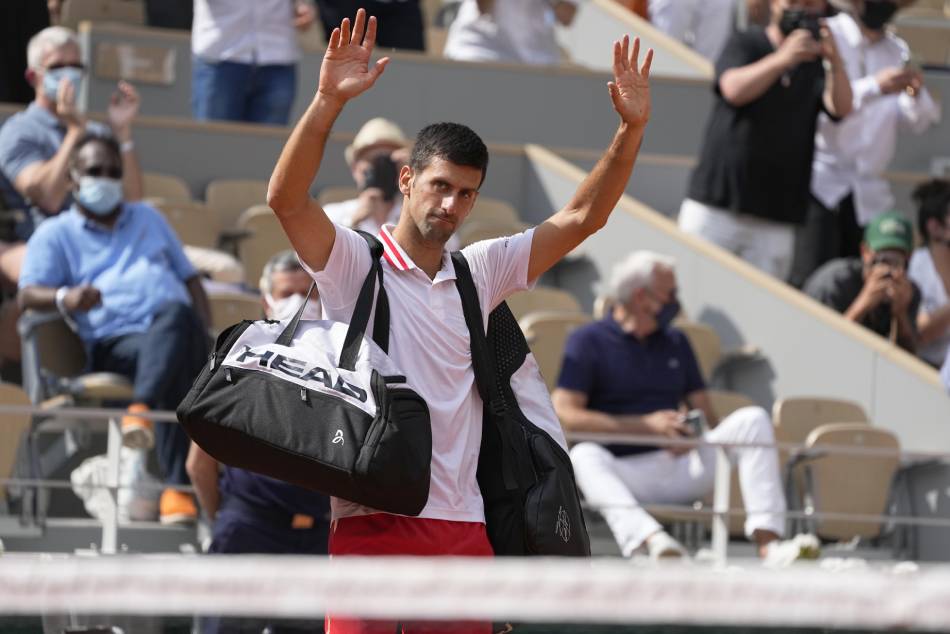 "The good thing is that I have a day and a half to rejuvenate and try to regroup, think about my next opponent."

The world number one intended to spend a large part of Saturday resting up before, as he put it, "hopefully being able to be fit to compete in the best-of-five with a guy who is in a great shape".

"It's not the first time that I've played an epic semi-final in a grand slam and then I've had to come back in less than 48 hours and play finals," Djokovic said.

"My recovery abilities are pretty good, I must say, throughout my career. Obviously my physiotherapist will try to do everything possible so I can be fresh. 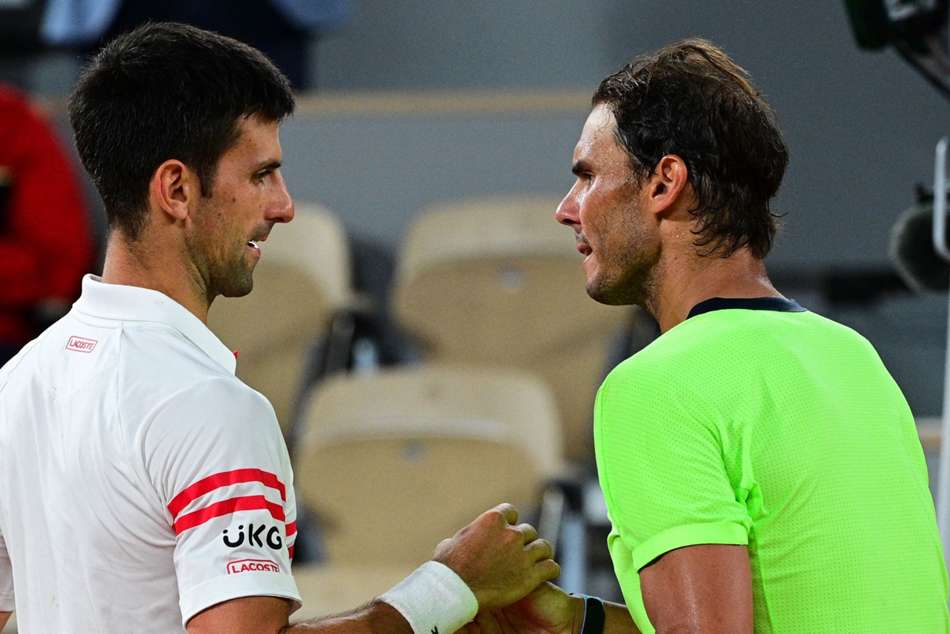 "Because I played enough tennis, I don't need to train too much. It's really now just about taking things slowly until the day of the finals. I know what I need to do.

"Obviously Tsitsipas, first time in the finals of a grand slam, if I'm not mistaken. For him it's a great achievement, but I'm sure he doesn't want to stop there. 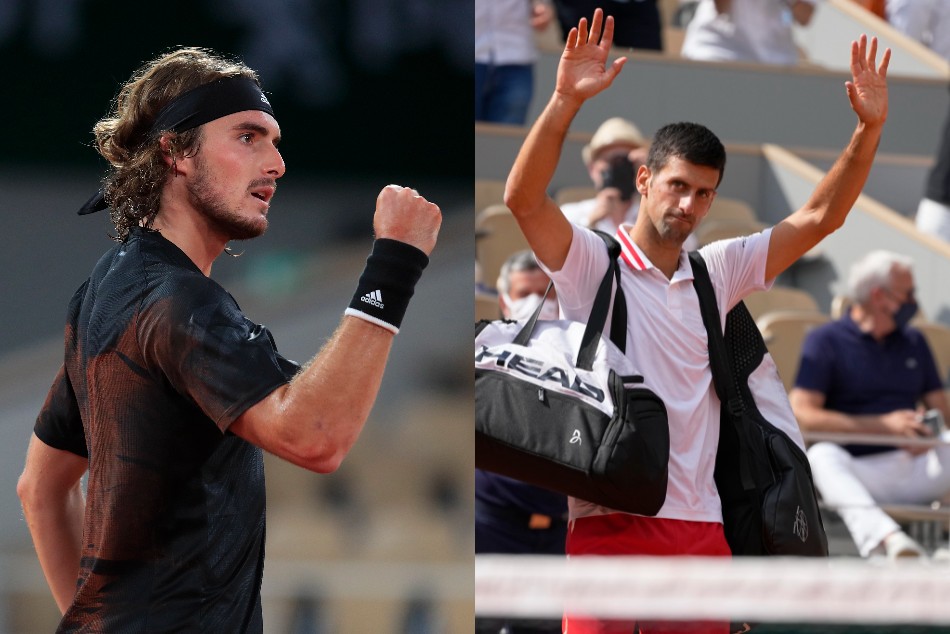 "He's in great form. I think he leads the rankings, race rankings, this year. He's had his best results overall. I think he matured as a player a lot.

"Clay is arguably his best surface. We played an epic five-setter last year in the semis here. I know it's going to be another tough one. I'm hoping I can recharge my batteries as much as I can because I'm going to need some power and energy for that one."

As much as Djokovic might recoil at the possibility of a brutal semi-final taking a heavy toll, there is evidence, contrary to his assessment, that he can struggle to raise his game for a grand slam title match after expending great energy in getting there.

It took him three hours and 54 minutes to score a five-set win over Tsitsipas in last year's Roland Garros semi-finals, and that was followed by a drubbing at Nadal's hands in the final. Djokovic won just seven games.

Before Friday's majestic clash with Nadal, the last time Djokovic had played a four-hour-plus semi-final at the French Open was in 2015 when he fended off Andy Murray in a gruelling five-setter. He went on to lose the final against world number nine Stan Wawrinka.

Djokovic also won a four-hour semi-final battle with Wawrinka at the 2013 US Open before losing to Nadal in the final, and earlier that year he fought off Juan Martin del Potro in a magnificent Wimbledon semi-final that lasted four hours and 43 minutes before being beaten by Murray in the title match.

If Djokovic is searching for recent evidence of his ability to follow a marathon semi-final with a match-winning turn in the title match, he would have to go back to Wimbledon in 2018, and even then there were circumstances that to some extent favoured the Serbian.

It took five hours and 15 minutes for Djokovic to overhaul Nadal in their All England Club semi-final which spanned two days, and he went on to demolish South African Kevin Anderson in the final.

However, that was hardly surprising given Anderson needed six hours and 24 minutes on the Friday to get past John Isner in his own semi-final – the longest semi-final in Wimbledon history.

That was after Anderson beat Roger Federer 13-11 in the deciding set of a marathon quarter-final, the upshot being that even if Djokovic was weary for the final after beating Nadal, he was facing a man who was practically out on his feet.

All this being said, Djokovic begins the final as favourite as he seeks a second French Open title in his sixth final appearance, and a 19th grand slam title overall.

Should he win, it would make him just the third man in history to win all four grand slam titles at least twice, after Roy Emerson and Rod Laver, and the first man to achieve that feat in the Open Era.

Amid all the talk of the 34-year-old Djokovic needing to physically recover, Tsitsipas' five-set semi-final exertions against Alexander Zverev are rather being overlooked.

That match clocked in at three hours and 37 minutes and will have been mentally and physically sapping for the 22-year-old Greek player, who, as Djokovic accurately pointed out, does lead the ATP Race to Turin standings, the table of 2021 form that decides the line-up for the ATP Finals in November.

Tsitsipas fended off a Zverev comeback, as the German recovered from two sets behind to force a decider on Friday, with the world number five showing serious big-game mettle in turning the momentum back his way.

The man who grew up near Athens, dreaming of playing on Court Philippe Chatrier, took a set off Djokovic when they met on clay in the Rome quarter-finals last month.

Now he has a first grand slam title in his sights, and looks as well equipped as any of the rising generation of young players to carry off multiple majors over the coming years.

"I'm obviously just blessed to have the opportunity to play against the best and test myself, something that I've always dreamed and wished to happen one day. I'm able to be here and really going for it. I love that."

But as well as soaking in the experience, Tsitsipas wants to show he can be a champion at the highest level.