By Mykhel Team
Updated: Friday, May 27, 2022, 8:54 [IST]
omnisport-MyKhel Team
Stefanos Tsitsipas was made to work for his four-set victory against world number 134 Zdenek Kolar.

Paris, May 27: Stefanos Tsitsipas called Zdenek Kolar a "complete player", despite ultimately defeating his Czech opponent in the second round of the French Open.

Tsitsipas was relatively untroubled in the first set, but was made to work for the win after that as he and Kolar exchanged one tie-break each before the number four seed finally secured victory with another tie-break in the fourth set, sealing it 6-3, 7-6 (10-8), 6-7 (3-7), 7-6 (9-7).

Kolar is ranked 134th in the world but looked every bit a threat to Tsitsipas on Court Suzanne-Lenglen, hitting 57 winners and succeeding with 29 of 37 net points (78 per cent). 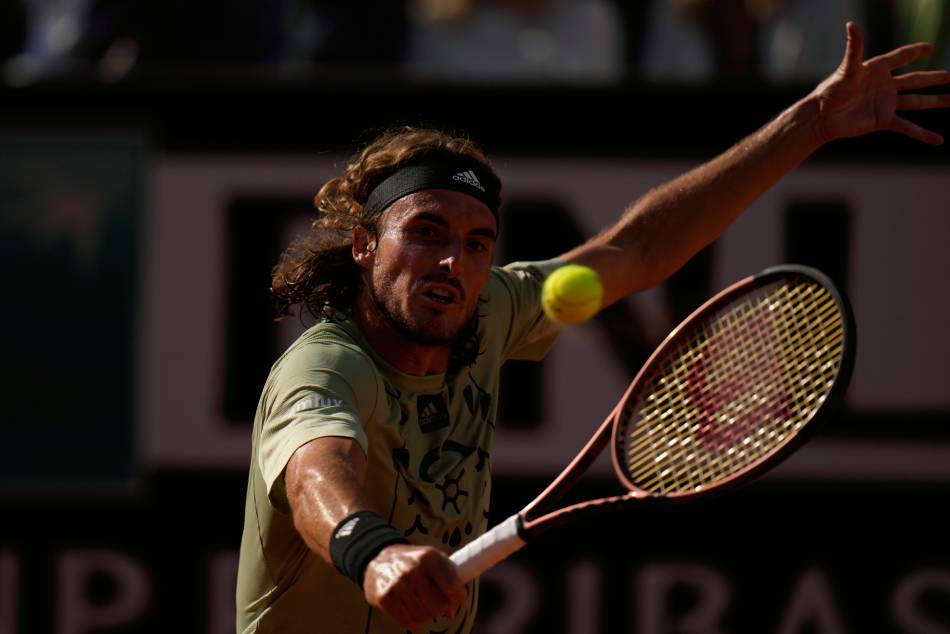 Speaking at a news conference after his win, Tsitsipas explained the difficulties he experienced, saying: "He's someone I knew a little bit. It's never easy playing guys that don't really play on the ATP Tour. You don't really know what to expect. I guess they play more free.

"It's always like this. They really have a nothing-to-lose mentality. It's a different mentality than what we have, I think, which sometimes can really be brutal on the court and create some good tennis.

"He was really pushing a lot today, getting after every ball. His body was behind every ball. Running fast, reacting fast. Good net game. Complete player, I would say. Yeah, it wasn't easy out there to face him and come up with some good solutions."

Tsitsipas - who hit 25 aces - displayed some of his oft-seen frustration as he struggled to stay on top of his opponent, and was asked if his hardest obstacle was Kolar or himself.

"I guess both today," he said. "I had a lot of opportunities, break points, playing quite well, staying within the game. He was coming up with some really good ideas and I think dealt with all of the situations so maturely, not overexaggerating anything. He's an intelligent player, I would say.

"Look, last year there were moments where it was about me and the way I deal with situations on the court, not focusing that much on who is on the other side. It's all about perspective. It's sometimes good to focus on what you are doing, but also if you're not feeling great, you have to see the other side too."

Having rallied from two sets down to beat Lorenzo Musetti in the first round, and now being made to work hard by Kolar, Tsitsipas will now face Mikael Ymer after the Swede beat 29th seed Dan Evans on Thursday.