Bengaluru, June 11: Stefanos Tsitsipas fended off a fightback from Alexander Zverev at the French Open to become the first Greek to reach a Grand Slam singles final.

The two men left standing from a wide-open bottom half of the draw delivered a fascinating encounter, which Tsitsipas appeared to be dominating after claiming the first two sets.

However, Zverev came from two sets down against Pablo Carreno Busta to reach the final of the US Open last year and threatened to repeat the feat by storming back to send this last-four clash to a decisive set.

Yet the levels Zverev reached across the third and fourth sets largely deserted him in the fifth and Tsitsipas took advantage to prevail 6-3, 6-3, 4-6, 4-6, 6-3 and set up a meeting with 13-time champion Rafael Nadal or Novak Djokovic in the final.

A poor start from Zverev gave Tsitsipas the early impetus as he broke for a 2-0 lead, thanks in part to a pair of double faults in the German's opening service game. 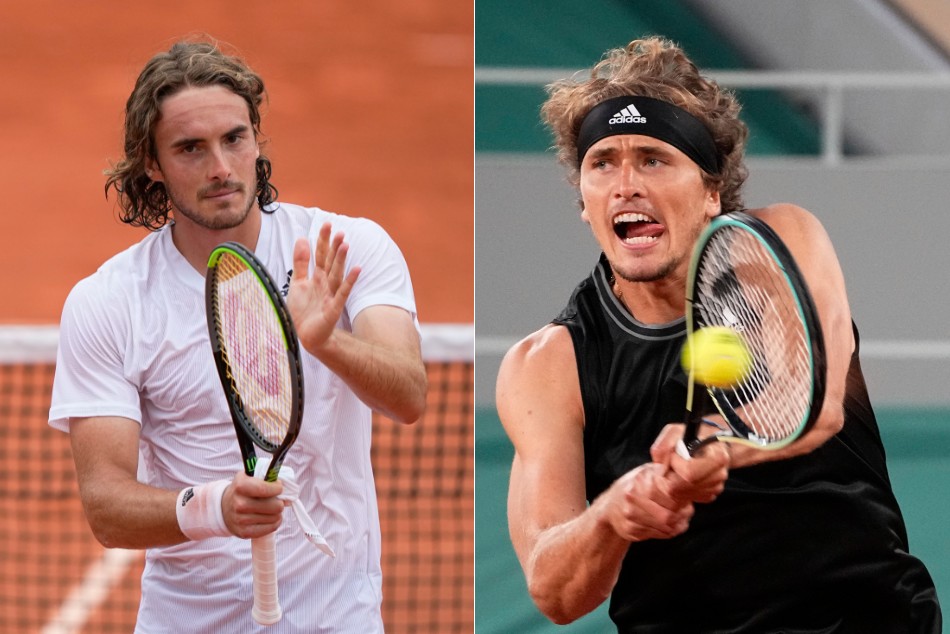 He consolidated for a 3-0 cushion and that edge was all Tsitsipas needed to take the opening set. The tide looked to be turning when Zverev surged 3-0 up in the second, only for Tsitsipas to rattle off the next six games and take command.

But Zverev did not let his advantage slip after an early break in the third and, if he needed any further fire to fuel a comeback, it came in the ninth game as he launched a tirade at the umpire after an incorrect call went Tsitsipas' way.

Zverev subsequently served out the third with little difficulty and maintained his momentum to strike in the opening game of the fourth set, the break of serve prompting a furious reaction from Tsitsipas this time.

No further breaks were required for Zverev to send the match to a fifth, which he did with an unreturned serve after an exquisite lob brought up two set points.

However, the fourth set had been an engrossing battle between the aggressiveness of Zverev and the superb defence and accuracy of Tsitsipas, and it was those traits that helped the latter get ahead in the decider.

Zverev ripped a backhand into the net to give Tsitsipas a 3-1 lead that he refused to relinquish, clinching victory on his fifth match point with a history-making ace out wide.