“It would be unfair to everyone else, if Australian Open 2021 were to be cancelled now," says Dominic Thiem

Melbourne, Jan 27: With the Australian Open 2021 set to begin next month, World No 3 and last year's Australian Open finalist Dominic Thiem and six-time Grand Slam champion and Eurosport tennis expert Boris Becker gave a glimpse of the road ahead to the first grand slam of 2021.

In exclusive chats with Eurosport Germany's tennis podcast, both opened up about organizing the tournament in the current situation, the strict quarantine and also how different it is for the players this time around.

Current US Open Champion Dominic Thiem spoke about how he is dealing with the quarantine norms, "It's very crazy times, but we knew what to expect. Here in Australia, it's a bit stricter again, which is understandable. The coronavirus is almost extinct in their country and they want to prevent it from being brought back in. It's very strict. We can train for about two hours a day and go out for about four hours. The rest of the time is spent in the hotel." 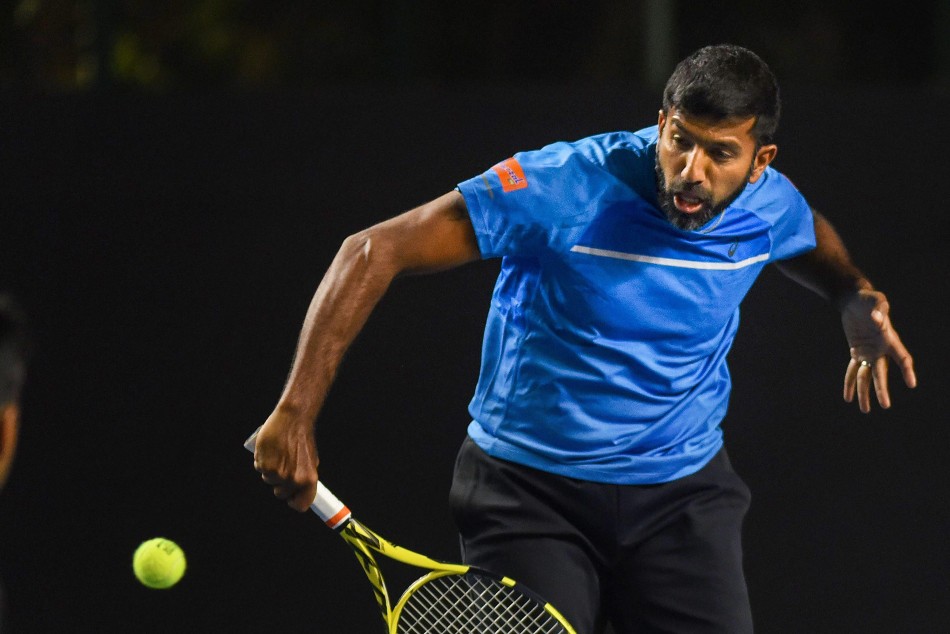 The Austrian further continued to talk about the strict quarantine for some affected players and said, "Honestly, for the 70 players who were on the planes, it is of course very bitter. They will certainly be at a serious competitive disadvantage, that's for sure. There are still nine days until the start of the Australian Open, but in contrast to the others who can train normally, this is a huge disadvantage. There's no need to discuss that. It was unbelievably unfortunate for them, and I feel very sorry for them. But of course, everyone knew what they were getting into. Tennis Australia and the whole country have tried everything to let the tournament take place and that is also a sensational achievement."

As the Covid-19 cases numbers have seen an increase among the players under quarantine, uncertainty still looms large over the final organisation of the tournament.

But the Austrian remains positive despite the tough circumstances, he said "For me, it is still reasonable. It sounds harsh now, but there are only 70 players in quarantine, everyone else in Melbourne can train normally. It would be unfair to everyone else who made the long journey if the tournament were to be cancelled now. It was everybody's own decision to travel here. Nobody had to do it. So, I already believe the tournament will take place."

The World No.3 has come close to defeating the king of clay, Rafael Nadal twice in the French Open and this year he has his sight set on winning Roland Garros and said, "2020 was sensational from a sporting point of view. The feeling of winning the Grand Slam was the best I've ever experienced in my tennis career. I want to achieve that again. Paris is probably the big goal. It's probably been my favourite tournament since my junior final and I've always played very well there in the last few years. It's an absolutely overpowering opponent there, but that's the next really big goal. Next to the other big tournaments, it's the event that has the highest priority."

In another chat, former world #1, Boris Becker gave his take on the unequal conditions for players in quarantine before the Australian Open by saying, "There are 70 players affected, out of a field of 128 players. A third is certainly in adverse conditions in Australia. When they come out of quarantine, they haven't even been out in the fresh air, haven't played tennis. No matter how many steps they've taken in the room, they haven't played ball, and then they have a week to prepare for best-of-five matches, at least for the men, in the hot conditions. That task doesn't really work. All the winter preparation was for nought. You have to ask yourself whether these are fair conditions for everyone. As an organizer, you have to ask yourself: is this right, is this reasonable?"

The German extended his support to the Serbian and explained, "The points he wrote down were absolutely right and legitimate. You get the feeling Djokovic can do whatever he wants at the moment, he just gets a lot of criticism. In this case, really unjustified. He wanted to stand up for the players, just wanted to create fair conditions for everyone, but was sharply criticized, even by the prime minister of the country. I think it's important for Australia and especially Melbourne that the players come to Melbourne. It's good for the city and for the economy. The country and the city benefit and then you have to treat the players more fairly and respectfully."

Boris also spoke of US Open 2020 runner-up and Australian Open 2020 semi-finalist, Alexander Zverev who has had a pretty unrealistic year with surprises coming along his way. He said, "A lot happened last year for Sascha Zverev - in terms of sports and in his private life. In sporting terms, it was perhaps his best, in his private life perhaps the most difficult. That's called life, growing up. I think it's a shame that Ferrer is no longer coaching him. The two seem to have found good chemistry, as shown by their successes on the court."

Boris continues to remain positive for the German with Sascha getting coached by his elder brother and believes that he will find himself again with these new changes, "Now Mischa Zverev will play a bigger role. He knows his brother inside out, was a world-class pro himself. You start from zero and that has to be the expectation. You have to find yourself again in this new sporting environment. Tennis starts at 0-0 and that's how I see it with him."