By Sajith B Warrier
Updated: Thursday, September 22, 2022, 14:07 [IST]
oi-Sajith B Warrier
In this file image, Roger Federer returns to Somdev Devvarman during their second-round tie at French Open in 2013.

Bengaluru, September 22: Last weekend the world of tennis was coming to terms with the shock announcement from Roger Federer that he was going to his hang up his racquets after the Laver Cup 2022.

The 20-time Grand Slam champion will be seen for one last time in the three-day Laver Cup 2022, which is set to be begin at the O2 Arena in London from Friday (September 23) where he will represent Team Europe against Team World.

Federer's decision comes after Serena Williams had also decided to call it quits with her third-round loss in the US Open likely to be the last match that the American great has played. 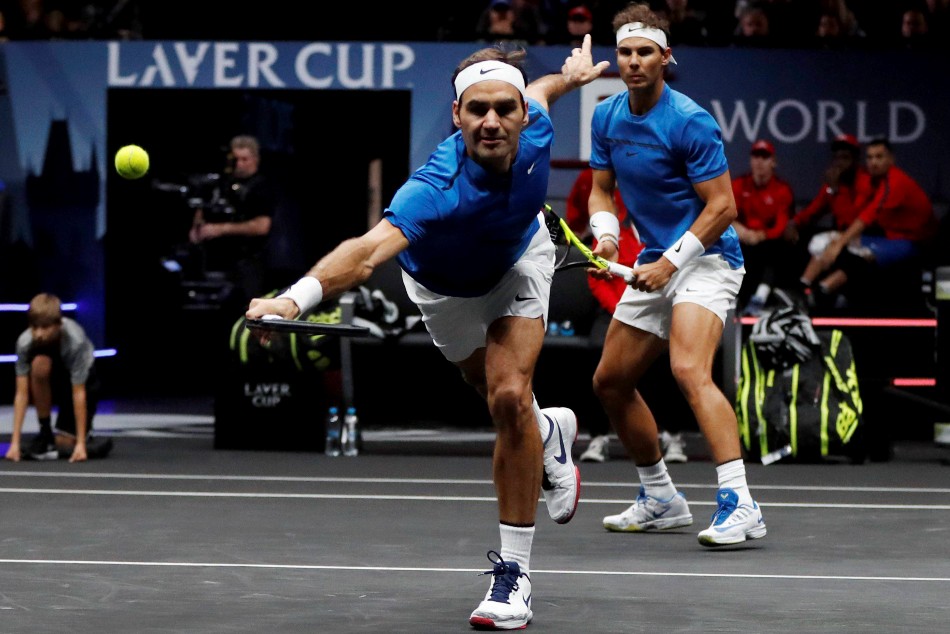 Federer and Serena have dominated tennis for almost two decades and former India No.1 Somdev Devvarman believes it will be difficult to fill the big void as the two greats call time on their illustrious careers.

"It'll be different without these two greats who've taken the sport to new heights. Both Federer and Serena have been among the best in the two decades. It's really a sad feeling when you to go to the next Grand Slam without Federer or Serena being the favourites. Remember, they're the fan favourites as well," Somdev told an invited group of journalists in a virtual media interaction hosted by Sony Sports Network, who have the official broadcast rights of Laver Cup 2022 in India.

Legends of the game

However Somdev hopes their involvement with the sport continues.

Somdev paid glowing tributes to Federer for the way the Swiss masters conducted himself beyond the baseline.

"Federer is a great ambassador of the sport. He's classy always. Andy Roddick summed it nicely - it isn't just about how he plays on court, but also as to he behaves, how he conducts himself off the court, giving those interviews and all that. He's a role model in every walk of life. Federer is one of the most polite guys you'll see around. There's always a sense of gratitude with everything that he has achieved and he has been incredible from players' as well as fans perspective" added Somdev.

"If there was an iron throne for tennis, Roger would be on it forever!," Somdev had tweeted on the day Federer announced his retirement. The 37-year-old recalled the first time he played against Federer

"That was in 2011, the year in which I was probably playing the best tennis of my life. Myself, Sania (Mirza), Rohan (Bopanna) were attending Mahesh Bhupathi's wedding when I got this sudden wild-card entry for the ATP tournament in Dubai. And while I reached Dubai airport came the news I'm drawn against Federer.

"It was unexpected, but I was super excited about the opportunity to play my idol. My experience with Federer has been unbelievable. He's someone who's interested in a variety of subjects. I've learned a lot from him during practice sessions as well as being around him on Tours so many times.

"He's one guy whom you would like to see round all the time. Federer is one of the those rare players whom you can happily meet as an idol and nobody is going to be disappointed. He has had an incredible career. He has given us so much to watch. The world of tennis will miss him for sure," Somdev concluded.