The No.17 seed prevailed in the summit clash which lasted an hour and 48 minutes against the in-form Jabeur, who had won 11 matches in a row, to win just her third career title - and a first since 2020.

In the process, the 23-year-old, who had lost her past four finals, becomes the youngest female to win the singles title at the All England Club since Petra Kvitova in 2011. 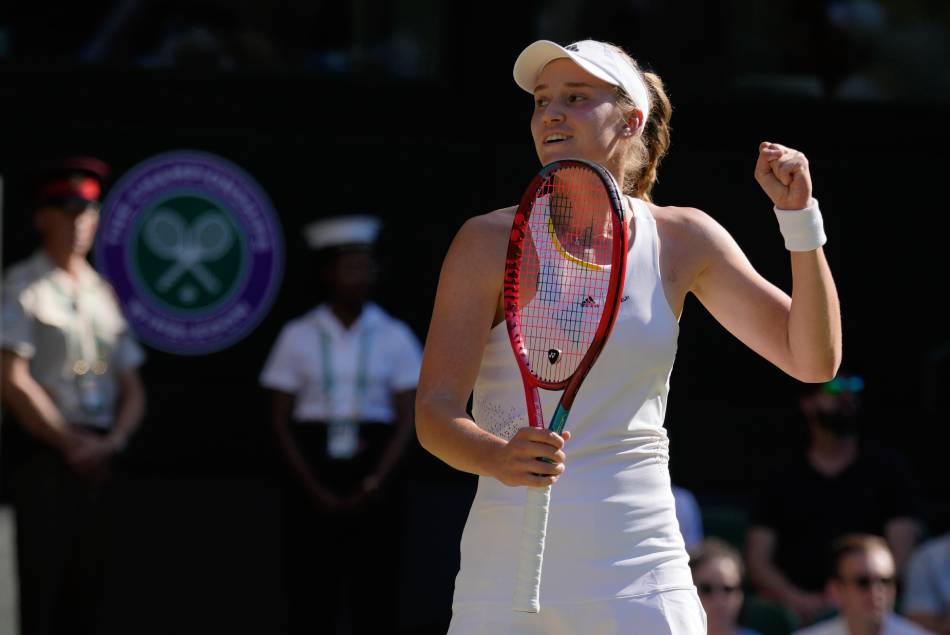 The Russian-born Kazakh player's SW19 title run saw her defeat two previous Slam winners -- Bianca Andreescu in the second round and Simona Halep in the semifinals; her defeat of Jabeur was her first win over a Top 10 player since beating Garbine Muguruza in the Tokyo Olympic quarterfinals.

Rybakina switched her nationality four years ago after receiving financial incentives to do that, so in a year when players representing Russia were banned from Wimbledon, her triumph has perhaps come at an inopportune moment for organisers.

Rybakina's previous best Grand Slam showing was at Roland Garros 2021, where she defeated Serena Williams to reach the quarterfinals before losing to Anastasia Pavlyuchenkova.

This year's Wimbledon was only the second time she had contested the main draw in The Championships; on her debut last year, Rybakina made the fourth round before falling to Aryna Sabalenka.

"I'm speechless because I was super nervous before the match, during the match, and I'm honestly happy it's finished," said Rybakina, in her hour of glory.

Rybakina has many firsts to her credit and with OPTA inputs, myKhel.com digs deep into the statistical highlights of the Kazakh player's victory as well as 10 important highlights from the finals and the resultant triumph at the Centre Court.

1. For the first time in the Open Era two female players at their maiden Grand Slam final were facing each other in the Championship match at Wimbledon.

2. Rybakina is the first Kazakh player (males included) to win a Grand Slam tournament in the Open Era.

3. At 23, Rybakina was the youngest female player to reach the final in Wimbledon since Garbine Muguruza in 2015.

4. Rybakina became the youngest female player to win the title in Wimbledon since Petra Kvitova in 2011.

6. Rybakina became the second-lowest ranked female player in the Open Era to win the title in Wimbledon (23) - ranked higher only than Venus Williams in 2007 (31).

7. It was her first career WTA-level final on grass court.

9. Rybakina had lost the four previous meetings against a top-2 opponent: the highest ranked opponent she has won against in her professional career so far was against Karolina Pliskova (No.3) in Dubai 2020.