Melbourne, January 23: Sania Mirza's first Grand Slam outing after maternity leave came to an early end as the Indian ace was forced to retire mid-way into her women's doubles first-round match due to a calf injury in Melbourne on Thursday (January 23).

Sania and her Ukrainian partner Nadiia Kichenok, who won the doubles title at the Hobart International last week, were trailing 2-6 0-1 against the Chinese pair of Xinyun Han and Lin Zhu when the Indian called it quits.

Sania had injured her leg during practice and is making a return after a two-year break. With her right calf strapped heavily, Sania struggled to move freely on the court and also affected her serve.

Kichenok was also struggling at the net, often missing easy put-away volleys. Serving at 2-4, Sania was broken by the Chinese and they served out the set easily.

The Indian took a medial timeout after the first set. Soon after, the Indo-Ukrainian pair was broken in the first game of the second set and Sania found it difficult to continue and quit the match. 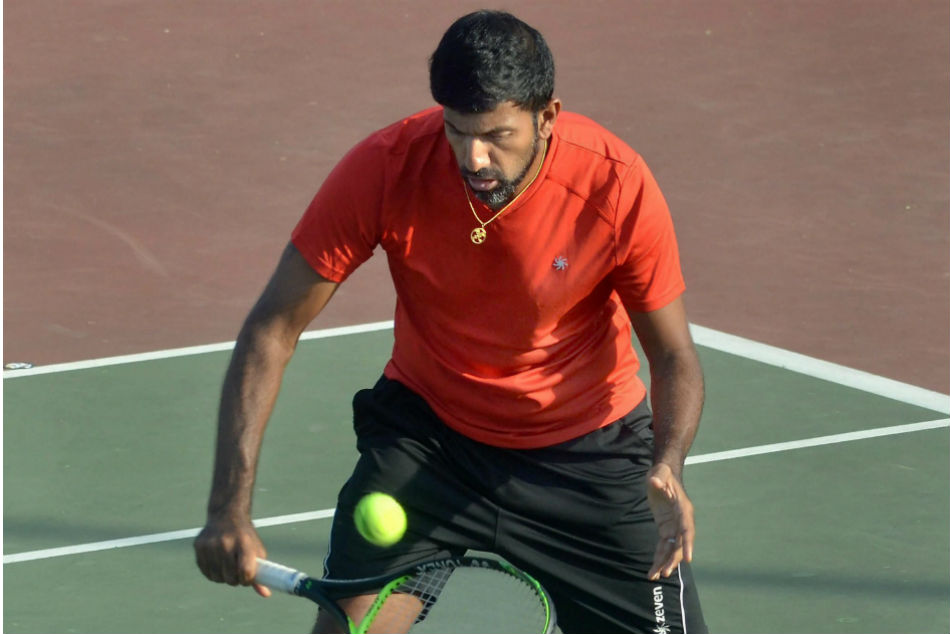 Sania had earlier pulled out of the mixed doubles event, forcing compatriot Rohan Bopanna, who crashed out in the men's doubles on Wednesday (January 22), to pair with Kichenok.

Also representing India in the mixed doubles is veteran Leander Paes, who has teamed up with Jelena Ostapenko, who had won 2017 French Open. The pair are pitted against local wild card entrants Storm Sanders and Marc Polmans in the first round.