Wimbledon 2022 Final: Novak Djokovic vs Nick Kyrgios: 10 things you need to know about the big clash

The 35-year-old, bidding for a fourth successive title, will prepare for every eventuality, but the likelihood is that ATP world No. 40 Kyrgios will still conjure up some surprises.

The ace Serbian has contested 31 Grand Slam finals and faced just about every scenario possible in collecting 20 titles but even he will not know what to expect in Sunday's (July 10) Wimbledon showdown against Australian showman Kyrgios. 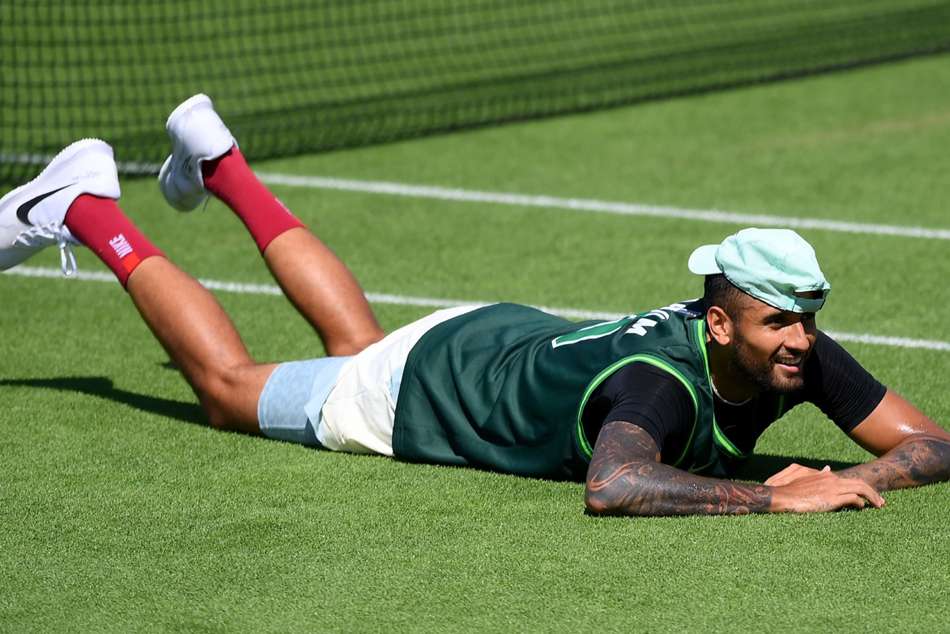 It could be an underarm serve played between the legs on the first point of the match, a tweener drop shot from the baseline on a break point or picking a fight with a fan.

But Djokovic will know that amidst all the theatre and bravado, Kyrgios possesses a lethal range of grasscourt weapons that threaten to end his 27-match unbeaten run at Wimbledon.

He will start as favourite but, significantly, in their only two previous meetings, Djokovic did not win a set, did not break serve and had only one break point.

Djokovic is regarded as the best returner in the game, perhaps of all time, but such is the potency and disguise of the Kyrgios delivery that, if it is firing, the defending champion's patience will be tested to the maximum.

Novak Djokovic is in line for title defence.

Ahead of the big clash, with OPTA inputs, myKhel.com looks at 10 key factors that could decide the outcome of the Centre Court clash.

1. This will be the third meeting between Djokovic and Kyrgios -- the Australian won the previous two encounters, both in 2017, at Acapulco and Indian Wells, without dropping a set.

2. Djokovic is aiming for his seventh Wimbledon title, which would make him tie with Pete Sampras as the tournament's second greatest winner -- only behind Roger Federer's eight.

3. This is Djokovic's eighth consecutive Grand Slam semifinal win; the last loss was in 2019, in Roland-Garros, against Dominic Thiem.

4. Djokovic has reached 85 wins at Wimbledon and is now the player with the second greatest number of triumphs at the All-England Club, one above Jimmy Connors (84) and only below Federer (105).

5. Djokovic is the male player with the most Grand Slam finals reached in the Open Era (32), one more than Federer.

6. Kyrgios is the first male Australian finalist at Wimbledon since Mark Philippoussis in 2003.

7. Kyrgios will try to be the first male Australian to win Wimbledon since Lleyton Hewitt in Wimbledon 2002.

8. With Kyrgios advancing to the final, this will be the first time at least one unseeded player will be in a men's singles Championship match since 2003.

9. Kyrgios is the lowest-ranked Grand Slam male finalist since Marcos Baghdatis (54) at the Australian Open in 2006.

The match will be shown live on Star Sports Select 1 SD/HD. The match can also be live streamed using Disney+ Hotstar app or website with a subscription.