By Sajith B Warrier
Updated: Tuesday, July 5, 2022, 22:25 [IST]
oi-Sajith B Warrier
Novak Djokovic helps Jannik Sinner to his feet after the latter slipped during the match.

It is the seventh time that the Serbian ace has comeback and won a game after being two sets down.

The last-eight tie at SW19 lasted three hours and 35 minutes as Djokivic looks to add to his 20 Grand Slam titles.

The win also helped Djokovic extend his winning streak to 26 at the All England Lawn Tennis and Croquet Courts as he reached the grass-court Grand Slam semifinal for the 11th time.

Sinner successfully targeted Djokovic's serve early, breaking it four times on the way to a two-sets-to-love-lead, but the six-time champion responded by raising his game to spectacular effect on Centre Court to extend his supremacy at the SW19.

The six-time champion pulled off a stunning quarter-final comeback to end Sinner's hopes at the grass-court major in London.

The win moved Djokovic within two matches of his fourth consecutive crown at the grass-court Grand Slam in London, where his semifinal opponent will be either Cameron Norrie or David Goffin.

It gave him a 10th victory in the 11 five-set matches he has contested at Wimbledon, a fourth-round loss to Mario Ancic in 2006 the exception.

From 4-1 ahead in the second set, Djokovic's game went into sleep mode for an hour as his inspired Italian opponent stole a march, Sinner threatening to pull off a shock to follow up his outstanding fourth-round win over Carlos Alcaraz. 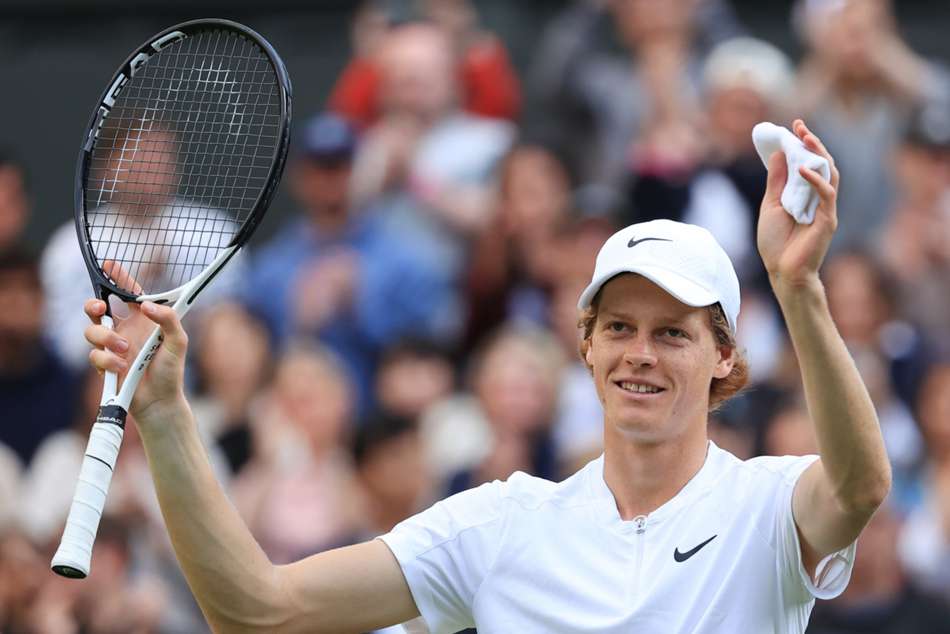 Sinner was profiting from Djokovic's lethargic and erratic display, the crowd lending him their full support, which was no doubt jarring for Djokovic given his status as one of the tournament's greatest champions.

Djokovic gained a foothold in the contest by breaking to love to lead 3-1 in the third set, beckoning to the crowd to show him a little love in the next game.

From that point he never looked back. The tide was not so much turning but lapping urgently at the Sinner shoreline, threatening to wash away his challenge, and when he conceded a break in the third game of the deciding set the script was almost complete.

Sinner had rolled an ankle at the end of the fourth set but was quickly back to his feet, only to be mowed down by the relentless Serbian juggernaut on the other side of the net, a highlights-reel crosscourt backhand winner from Djokovic crowning the comeback as the winning line approached.

Djokovic has still not lost at Wimbledon since having to retire from a quarterfinal against Tomas Berdych in 2017 due to an elbow injury. He has now matched Jimmy Connors' total of 84 match wins at Wimbledon, a total only beaten in men's singles by the 105 achieved by Roger Federer. The 11 Wimbledon semifinals also put him level with Connors, with Federer's 13 the total to beat.