Maria's late-career Wimbledon charge continued into the semifinals after she rallied past Niemeier in an all-German last-eight tie.

The 34-year-old's best Grand Slam run before last week had taken her only as far as round three at the All England Club in 2015, but she is now one win away from a Centre Court final after edging Niemeier in an entertaining triumph. 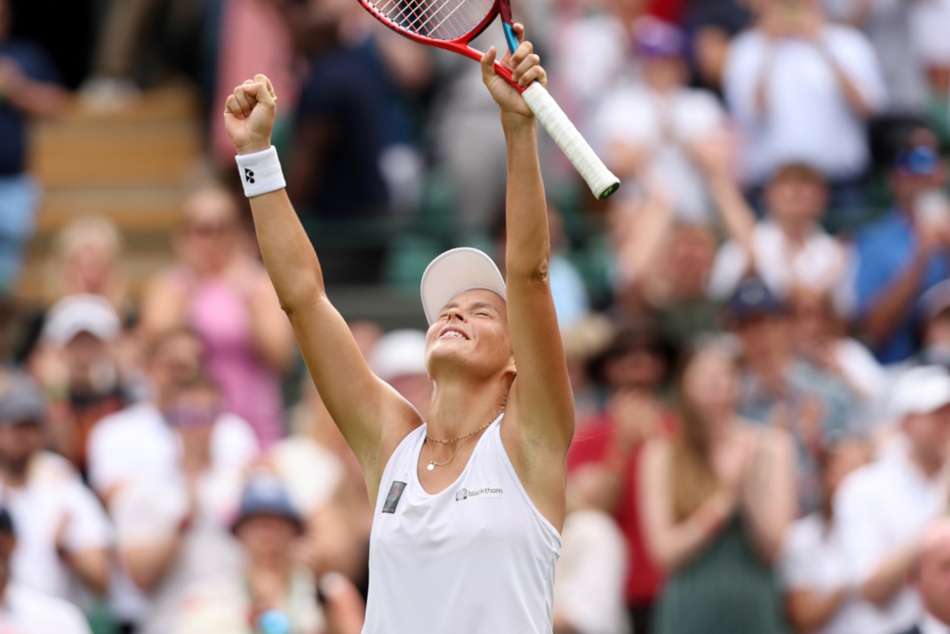 Niemeier, at the opposite end of her career at 22, was making her main-draw Wimbledon debut and had looked on course to ride her momentum into the last four.

In only the third all-German Grand Slam quarterfinal of the Open Era, Maria's nerves showed in the first set as she immediately dropped serve and was unable to recover.

But after quickly being broken again at the start of the second, the veteran seized control, battling back as Niemeier appeared to lose her composure.

The decider could have gone either way, with one crucial point going in Maria's favour as Niemeier dived headfirst after a drop shot at the end of a 13-stroke rally, yet experience told at the last.

Maria gave birth to her second daughter just 15 months ago, but she has returned better than ever and joined esteemed company with a semi-final appearance at 34.

She is just the sixth female player in the Open Era to make the last four at Wimbledon after her 34th birthday, alongside Billie Jean King, Chris Evert, Martina Navratilova, Serena Williams and Venus Williams.

Maria also matched a feat achieved by Serena Williams and only two other players since 1984 -- Mirjana Lucic (1999) and Zheng Jie (2008) -- in reaching the last four at Wimbledon as a player ranked outside the top 100 on the WTA list.

The 34-year-old is ranked 103rd, and despite her efforts at Wimbledon she will not soar in the standings after the WTA's decision to strip the Grand Slam of ranking points.

Yet that will matter little for the mother of two, who knew she would face either Marie Bouzkova or Ons Jabeur in her first slam semi-final.

"I have goosebumps everywhere. It was such a tough match against Jule. I think today we made Germany really proud after our match," said Maria in her on-court interview.

"Ons [Jabeur], I mean it would be really nice to play her [in the semi-final]. She is part of my family, she loves my kids, she is playing with them every day.

"It would be great to play her, we never know. But I am only happy that I am in a semifinal now," added, Maria who said she was living out a dream after reaching her maiden Grand Slam semifinal.