Wimbledon 2022: What the win means to Novak Djokovic

It was the 35-year-old's, seventh Wimbledon title and fourth successive one at the All England Lawn Tennis Club courts as the Serb extended his winning streak at SW 19 to 28 matches. 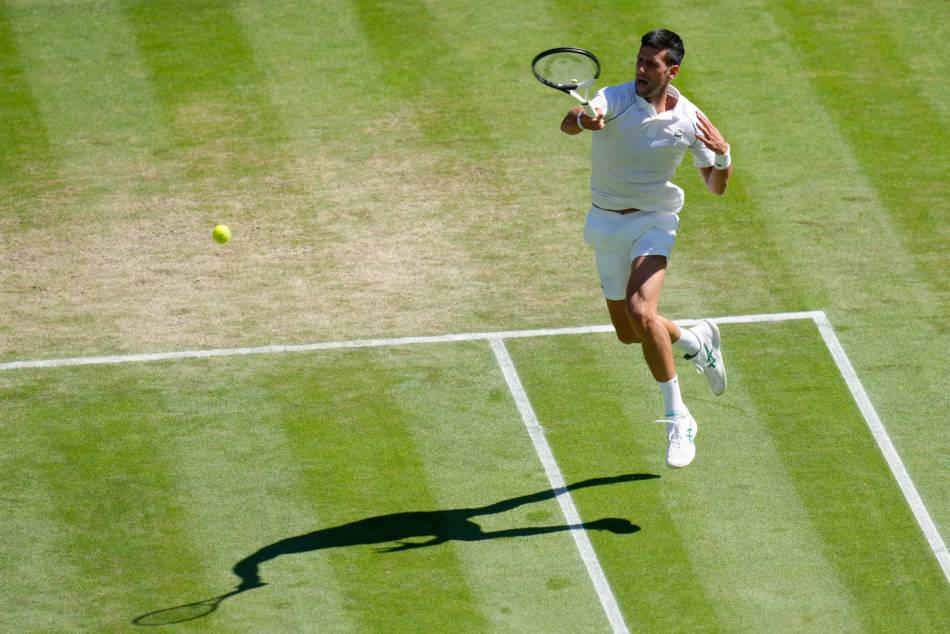 The Serb is now just one behind Roger Federer's record of eight Wimbledon triumphs, and one Grand Slam title behind Rafael Nadal's record of 22 major crowns.

It was Djokovic's first Tour-level win in three attempts against Kyrgios, who had never been beyond quarterfinals at a Grand Slam.

Despite frequent moments of trademark brilliance from one of the biggest showmen on the ATP Tour, Kyrgios was unable to resist pressure from Djokovic's high-class groundstrokes.

After some scintillating Kyrgios shotmaking took him to the opening set, Djokovic found his rhythm on return to take the upper hand in an intriguing clash of game styles.

Despite Kyrgios firing 30 aces in the 3hrs and 1min enocunter, the top seed broke his opponent at crucial moments in both the second and third sets before a nerveless showing in the fourth-set tie-break, his first of the tournament, sealed the victory.

As Djokovic savours his 7th Wimbledon crown, with OPTA inputs, myKhel.com looks at 10 key highlights of the victory and what it means to his overall career.

It was Djokovic's first win over and Kyrgios in three meetings.

1. It was Djokovic's 21st Grand Slam win as the Serb is now just only one behind Nadal's record of 22.

2. The seventh Wimbledon crown helped Djokovic draw level with Sampras as the tournament's second greatest winner - only behind Federer's eight.

3. Djokovic has now won 86 matches at Wimbledon, becoming the player with the second greatest number of triumphs at the All-England Club, one above Jimmy Connors (84) and only below Federer (105).

4. Djokovic has now won 13 of his last 14 Grand Slam matches when he lost the opening set (including quarterfinal, semifinal and final at Wimbledon 2022).

5. Djokovic is the male player with the most Grand Slam finals reached in the Open Era (32), one more than Federer.

7. Djokovic is the second player in the Open Era with more than eight men's singles finals in Wimbledon, after Federer (12).

10. It was his fourth consecutiive win at the grass-court major and seventh overall as he extended his winning streak at SW 19 to 28 matches.