New Delhi, Feb 20: Divya Kakran started India's tally with a gold medal in freestyle by clinching the yellow metal in the 68kg category on Thursday (February 20) as Indian women started their campaign in the Asian Wrestling Championships on a positive note. While Sarita also bagged a gold medal as she overpowered Mongolia's Battseteg Atlantsetseg in the 59kg final.

Kakran - who bagged a Commonwealth Games gold for India - shed tears of joy after clinching the gold for host India while compatriots advanced to three of the four other finals.

Kakran - who was termed as one of the favourites in the competition - won all four of her matches by fall at which, with just five entries, is being held in a round-robin format. With no matches remaining in the night session, she secured her first Asian gold after finishing third in 2019 and second in 2017. 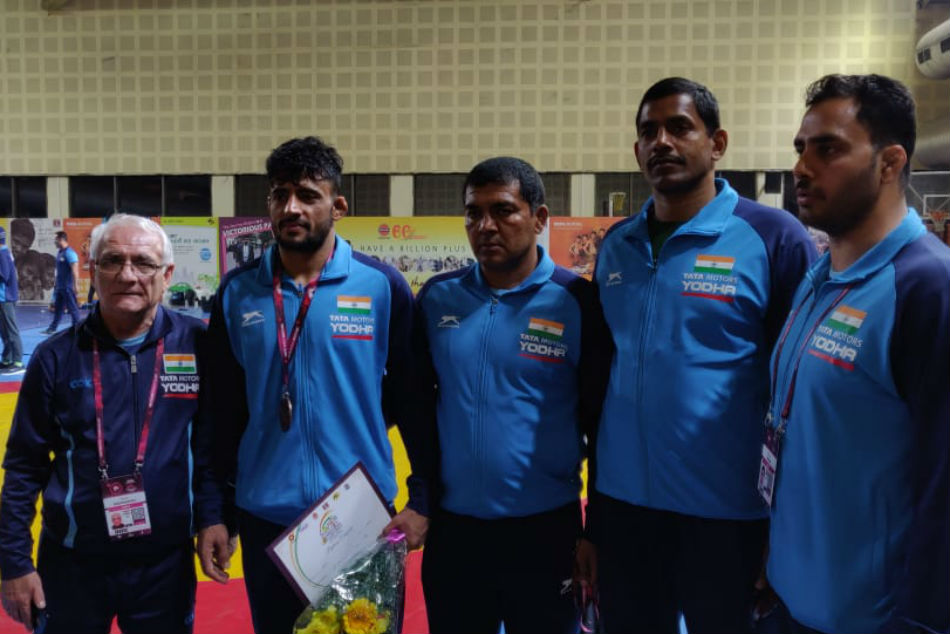 Kakran's key victory came in the fourth round of matches over reigning world junior champion Naruha Matsuyuki of Japan when she was losing 4-4 on criteria but locked up her opponent's arms from the bottom and tipped her over backwards to secure a fall at 4:20.

"That's my best move," Kakran told media persons through tears. "Before coming here, I thought that I wanted to pin everyone." 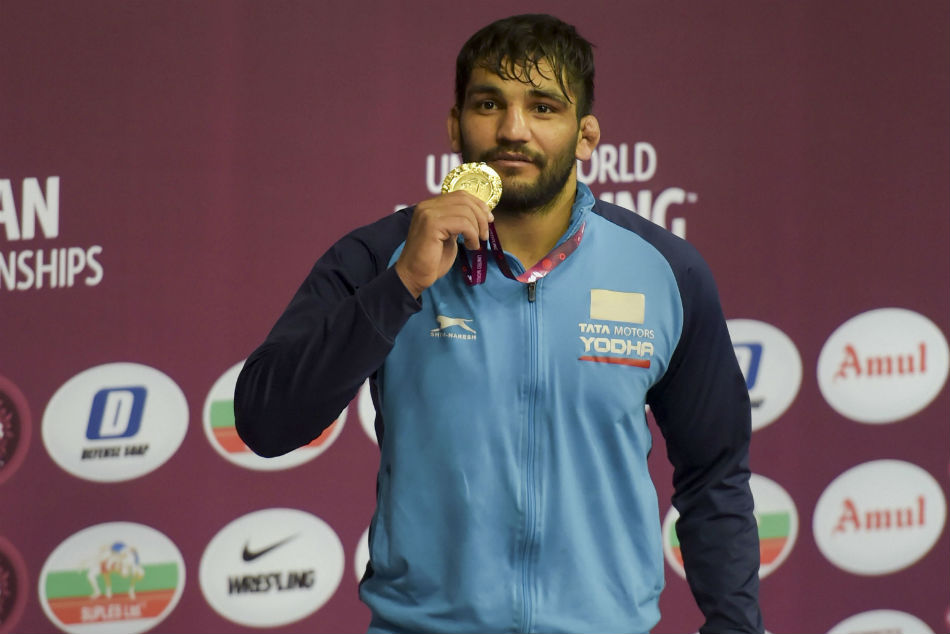 She began her domination by routing Kazakhstan's Albina Kairgelinova and then knocked out Mongolia's Delgermaa Enkkhsaikhan. Her defence looked a bit shaky against the Mongolian but she still managed to pin her rival.

In the third round, Divya was up against Uzbekistan's Azoda Esbergenova. She went up 4-0 with brilliant consecutive rolls and then pinned her opponent to finish it off in just 27 seconds.

Against the Japanese junior world champion, with her strong left-leg attacks, Divya led 4-0 with a takedown and an expose move. The Japanese made a solid start in the second period as she attacked the Indian's left leg initially but scored points with a right leg move to make it 4-4.

However, Divya soon effected a move which led to her victory by fall. She jumped off the mat to celebrate with her coaches before the referee officially declared her winner. Divya had won a bronze at last year's Asian Championships.

Sarita, competing in her first Asian event since winning a silver in 2017 in 58kg, won her first two bouts by technical superiority against Madina Bakbergenova (Kazakhstan) and Nazira MarsbekKyzy (Kyrgyzstan) before winning 10-3 against Japan's Yuumi Kon.