Bengaluru, February 27: The Road to Wrestlemania 36 will go through significant twists and turns in the next few days. First off there would be Super Showdown 2020, tonight followed by Smackdown on Friday night where John Cena makes his much-anticipated return.

Apparently, the main event of the Saudi Arabia night and Cena’s return could be linked and WWE will use that as an angle to set up a marquee match at the 'show of shows’.

Earlier reports from Wrestling Observer suggested that WWE has an 'underwhelming’ match planned for John Cena upon return that would see him wrestling Elias or a mid-carder name. 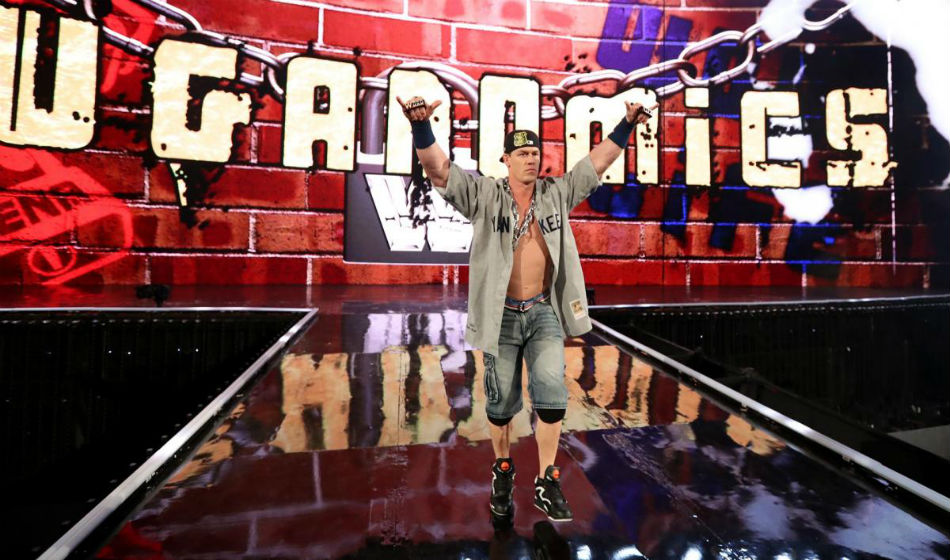 John Cena to face a WWE NXT star at Wrestlemania 36?

But those have been scrapped as Cena is set to feature heavily on the Wrestlemania 36 extravaganza that takes place in his residing territory of Tampa, Florida.

The latest spoiler from The Dirty Sheets confirm that John Cena vs. Elias was never the plan for Wrestlemania 36. The report says, Cena is scheduled to face either Goldberg or “The Fiend” Bray Wyatt and it could be for the Universal Championship. So, the Cenation Leader may end up main-eventing the 'show of shows’ after a seven years gap. 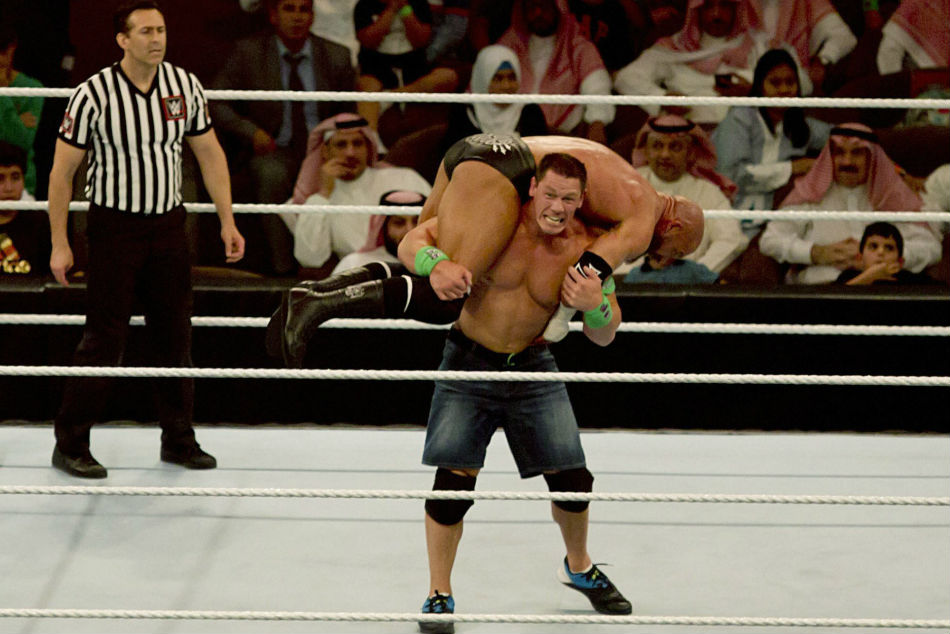 It does not come as a surprise as part-timers are destined to feature in such positions. Especially if the name is John Cena, Vince McMahon would love to book him on the spot as he is a trusted shoulder. So, the recent report of WWE altering the match card of Wrestlemania 36 also appears to be true,

“The way I had it listed the main event is no longer on the card. A lot’s changed. The only two matches that I’ve written about that have changed and I was told that they were changed are Bray Wyatt & Roman Reigns and John Cena & Elias. I believe there are four or five matches that have been changed.” (as stated by Dave Meltzer on Wrestling Observer Radio)

John Cena’s Wrestlemania booking seems to be dependent on the Universal title match outcome at Super Showdown where Goldberg challenges The Fiend. If Goldberg wins the belt for the second time in his career then he would face either Cena or Roman Reigns at the grandest stage of them all.

Even if the title change does not happen at SSD, Cena vs. Goldberg could still happen as this dream bout does not necessarily have to be a title match.

For now, the 16-time world champion is slated to make his return on Friday Night Smackdown, tomorrow at the TD Garden in Boston, Massachusetts to insert himself into the Wrestlemania picture. He is expected to announce his entry into the Elimination Chamber match which determines the next number-one contender for the Universal Championship.

Before @JohnCena returns to #SmackDown, relive his greatest moments on the blue brand!#WWETop10 pic.twitter.com/9jAU6vLSzX

We should not be surprised if the returnee ends up as the winner of the gimmick match set for March 8th. The source added John Cena is 'prominently featured in early production of WrestleMania 36 marketing materials that will be placed around Tampa – on lamp posts, billboards and at the airport.’ It does mean a marquee match will be reserved for him at the grandest stage.