The special match from the Monday Night Raw brand, which is set to take place for the first time, allows any one of the below-given names to pick up big momentum ahead of Wrestlemania 36,

Apparently, The Gauntlet will be used as a stepping stone for a huge Wrestlemania match featuring the winner. Plans around this match were reportedly re-scripted with sights on a bigger showdown.

According to reports of The Dirty Sheets, former WWE 24/7 Champion R-Truth was the originally picked winner of the Tuwaiq Mountain Trophy. 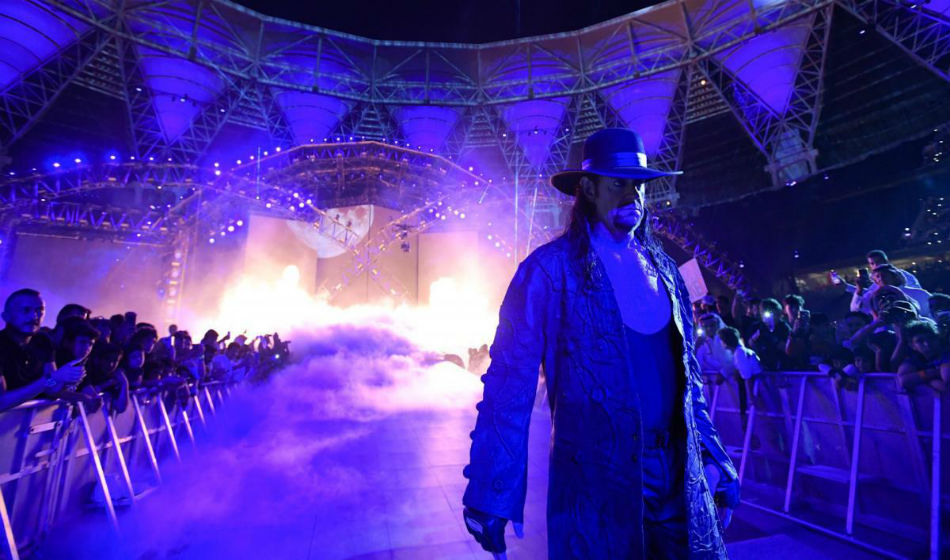 The Undertaker to return at WWE Super Showdown 2020?

But later the creative team picked “The Phenomenal” AJ Styles as the one to get the big win. This will earn him a new surname - “King Of All Eras”, which gives him the license to call out legendary names ahead of the 'show of shows.’

We previously reported this would be a process to summon The Deadman from the depths of hell to set up the speculated Wrestlemania match. It was set to happen on a future episode of Monday Night Raw but now the face-off between Undertaker and AJ Styles could happen at Super Showdown 2020. This moment could occur right after the Gauntlet for the Tuwaiq Trophy would be over.

WWE has now officially addressed that The Undertaker was spotted in the market of Saudi Arabia to take care of some 'unfinished business.’

Although the appearance at Super Showdown is not confirmed, we can certainly guess that The Phenome will make his presence felt in the PPV. The self-proclaimed “Mr. Wrestlemania” will thus get a chance to solidify his newest nickname when he faces the greatest performer of this show on April 5.

The Undertaker has been spotted in Saudi Arabia ahead of #WWESSD.https://t.co/TybXOfaECx

Following the Super Showdown return, The Undertaker is supposed to show up on Raw during the post-Elimination Chamber episode. The Capital One Arena in Washington, DC has also advertised that WWE Hall of Famer Edge will return on the March 9th edition of RAW to give a medical update on his condition.

PWInsider.com added more to this update stating. The Deadman is also scheduled to appear on that night to make it a loaded episode. Here is more from the source,

“PWInsider has also confirmed that The Undertaker is slated for the 3/9 RAW taping to start the build for his WrestleMania 36 match."