Bengaluru, October 31: The only global show for 2019 in WWE programme is upon us tonight in the form of Crown Jewel. It’s that time of the year when stars from present and past gather together to deliver some historic matches.

As for the 2019 Riyadh season, WWE has also brought two mainstream names for two separate matches which are going to be the main attractions for the show.

There will be a battle royal, tag team turmoil, first-ever Women's division match in Saudi Arabia and much more, making the card a stacked one. 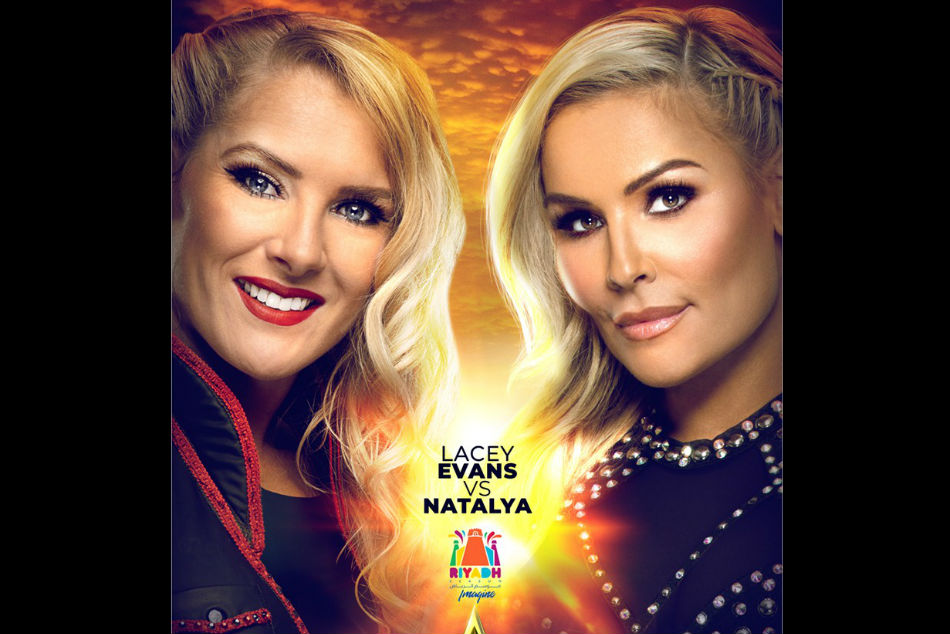 WWE Network will broadcast the show, live around the USA and the countries where the online streaming platform is available. As for the Indian audience, the schedule of Crown Jewel is given below:

How to watch WWE Crown Jewel in India?

Sony TEN 1 (English) and Sony TEN 3 Network (Hindi) will be the destination for Indian viewers.

Here is the 2019 Crown Jewel match card with predictions:

All the previous events which took place in Saudi Arabia had some sort of battle royales on the card to utilize the maximum number of superstars in the global PPV event. This time around, WWE has added a stipulation for the winner, who will get a US title shot.

Aleister Black was the earlier favorite to win this chaotic affair and get to face AJ Styles for the title. But since he can't compete due to religious reasons, youngsters like Buddy Murphy, Humberto Carrillo would emerge as the winner and eventually face the Phenomenal One. But there is no way that Styles will be dropping the title with Gallows and Anderson backing him up, all the time.

Prediction: AJ Styles and the OCs are dominating Raw ever since reuniting on the Monday night show. So, the strong run for the champ will continue no matter whom he faces at Crown Jewel.

WWE had to make way for the home country lad Mansoor into the match card of Crown Jewel and hence they came up with this bout where he faces the veteran Cesaro.

We have not seen a glimpse of Mansoor in the past several months. But WWE would want to give an additional reason for the fans to cheer for and so Mansoor will come out as the undoubted winner from this matchup. The win is not likely to improve his career graph by any means, though.

Prediction: The home-country hero is a sure-shot winner which gives him a reason to celebrate with the ringside audience.

WWE gave the fans an added reason to stick their eyes to the Crown Jewel happenings by announcing this one-of-a-kind match featuring two female performers. Natalya taking on against Lacey Evans would be the first televised wrestling contest in the history of Saudi Arabia sports.

There is no doubt the matchup would garner attention of the mainstream where results do not matter. We have seen the same lineup on different occasions throughout the past couple of months which may not interest the hardcore fans except for the way the Saudi authority will decide to conduct it.

Prediction: The match is 50-50, at this point as the outcome matters the least to the audience.

WWE creative found an interesting way to use all the tag teams in a meaningful way with the billing of the biggest turmoil match in the history of the company. Classic tag team wrestling will be showcased for this contest that will crown the first-ever best tag team of the world.

WWE RAW tag team champions The Viking Raiders are the favorites to come out as the winners as they are predicted assets of the tag division for years to come. If not then The OCs or the New Day could pick up the win just because of their enriched history in the world of pro-wrestling.

Prediction: Reigning Raw tag team champions, The Viking Raiders are on a rampage, as of late. So WWE may just wish to continue their current winning streak even after the turmoil contest is over.

This is a matchup at Crown Jewel which might be bringing back good vibes on the show. Saudi Arabia fans will be on their feet for the legendary Ric Flair and Hulk Hogan who will be standing in the corners of their respective teams.

In the end, the babyface team of Hogan should stand tall as Team Captain Roman Reigns is expected to lead from the front. He is reportedly on the way to the main event picture and this big win might come handy for the upcoming push.

Prediction: Roman Reigns should pick up the win on behalf of Team Hogan as he set to get into the main event picture after Crown Jewel.

The debut of the heavyweight boxer Tyson Fury is going to be worth to watch as per the WWE's head of talent relations, Triple H. The Gypsy King is all set to prove his wrestling skills in front of the live audience and those watching all around the globe.

Current betting odds do not give him the upper-hand when it comes to deciding the outcome of the match. But WWE is not going to break his undefeated streak as per the insider scoops. So Fury is expected to pick a grand win putting away the monster among men, in style.

Prediction: Tyson Fury will showcase his wrestling skills to pick up the victory and thereby continue Strowman's tradition of losing big-time matches.

Considering that The Fiend was drafted to the SmackDown brand, no title change is likely to happen during this matchup. But this will earn more heel heat for the champion, Seth Rollins. Just like the Hell in a Cell PPV, fans must be showering him with insane boos once he comes out of the match as the winner.

If WWE creative team wants to protect the prime babyface from these negative reactions then The Fiend may become the new WWE Champion at Crown Jewel. In that case, he will be shifted back to the Raw brand, immediately to fill up the top champion's void.

Prediction: Seth Rollins is the favorite to successfully defend his title. But if the officials want The Fiend back on Raw then a title change seems imminent.

The main event of WWE Crown Jewel is being presented as a fight instead of a wrestling match because both of them have been former MMA competitors. A hell of a fight will go down during this match with the ongoing bad blood between them.

Velasquez will have his debut match at Crown Jewel and he is not suitable to pick up the WWE Championship, at this point. So Lesnar is a sure-shot favorite to retain the belt, probably using some sort of heel antics and Heyman standing in his corner. This would save Velasquez from having a clean pinfall loss. Thus, the feud should be stretched forward to produce another rematch at Royal Rumble or Wrestlemania.

Prediction: Lesnar retains the WWE title using veteran instincts. But the rivalry should continue producing a rematch in a future big event.