Last night's SummerSlam 2021 at Allegiant Stadium in Las Vegas set an indoor attendance record for the event, as a sold-out crowd of 51,326 fans attended WWE's biggest event of 2021.

The biggest party of the summer saw seven titles being defended alongside in ring return for John Cena and Goldberg, while the highlight of the event was the return of two former champions in Becky Lynch and Brock Lesnar.

And during the event,the promotion also announced they will return to Allegiant Stadium July 4th weekend of 2022 for Money In The Bank. The event marks the first time in history that Money In The Bank will be held at an NFL stadium. 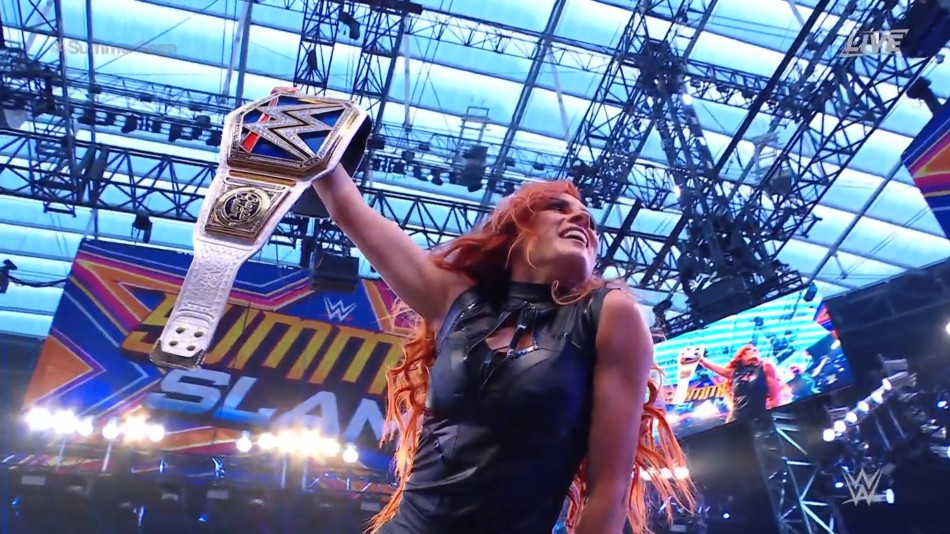 The gimmick based pay-per-view took place in the ThunderDome set up earlier this year and is set to once again see fans back in attendance for the first time since 2018 as the 2019 and 2020 events were forced to closed door events due to coronavirus pandemic.

"Las Vegas, its residents and visitors have demonstrated that Vegas is the perfect city for our biggest events," said Nick Khan, WWE President & Chief Revenue Officer.

"Money In The Bank, an appropriately titled event for Vegas and one of our five annual tentpoles, will bring the WWE Universe back to Allegiant Stadium July 4th weekend of 2022."

"We were thrilled to host SummerSlam at Allegiant Stadium. Its success continues to illustrate how the city of Las Vegas is uniquely positioned to host a variety of exciting and diverse sports and entertainment events," said Chris Wright, Allegiant Stadium General Manager.

"Partnering with the LVCVA team has been pivotal in bringing SummerSlam to the market and we are looking forward to collaborating with WWE on hosting Money In The Bank on July 4th weekend in 2022."