Over the years Indian shuttlers have won a medal at the BWF World Championships with the country's stars winning 13 medals at the event starting from 1983.

The women's doubles pair of Jwala Gutta and Ashwini Ponnappa combined to win a bronze, which ended the country's long wait of nearly three decades for a medal in the world championships.

Since Gutta-Ponnappa won the women's doubles bronze, India have won at least one medal in six straight editions of the event taking their overall tally to 12 including the lone gold won by PV Sindhu in the 2019 edition. 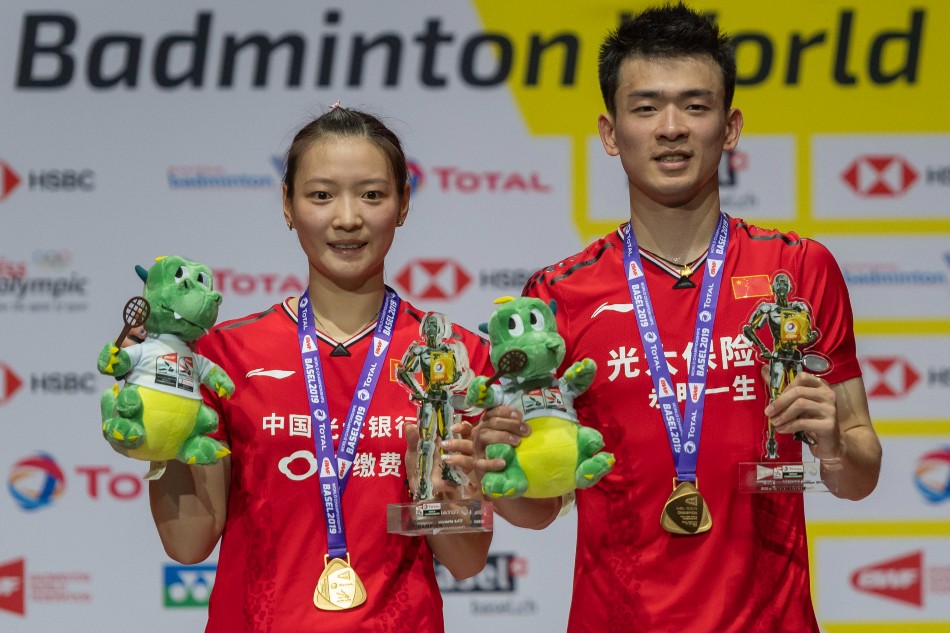 In fact, Sindhu, who has won two silvers and as many bronze in addition to her gold, has won five of the 10 medals. Meanwhile, Saina Nehwal has won a medal twice, while B Sai Praneeth has won a bronze once.

In 2021, Lakshya Sen and Kidambi Srikanth won a medal each in the men's singles event with the latter becoming the first Indian men's shuttler to win a silver medal at the World Championships.

In 2022, Satwiksairaj Rankireddy and Chirag Shetty became first men's doubles pair from India to win a medal at the World Championships when the pair won bronze.

Here is a look at the India Medal Winners at the BWF World Championships so far:

Now, lets take a look at Indian shuttlers performance in the medal matches at the BWF World Championships:

The legendary shuttler won the bronze medal and became the first Indian to win a medal at the event. While he defeated Luan Jin in the quarterfinal via straight games, Padukone lost the semis to Indonesia's Icuk Sugiarto in a closely fought match.

The doubles pair Gutta and Ponnappa are the only doubles pair from the country to win a medal at the event. The duo also started off India's continuous medal wins since they won the bronze in 2011. The Indian pair lost to Chinese duo of Tian Qing and Zhao Yunlei in the semis of the women's doubles event and had to settle for a bronze.

The only gold medalist of the country, Sindhu was crowned champion in the 2019 edition after she defeated Japan's Nozomi Okuhara in straight games. Before that Sindhu had won a silver in 2017 when she lost to Okuhara and once again silver when she lost to Spain's Carolina Marin. Apart from the two silvers, Sindhu also won a bronze at the 2013 and 2014 world championships.

Saina created history by becoming the first ever Indian to win a silver medal in the 2015 edition when she lost to Spain's Carolina Marin. She once again was on the podium in the next edition in 2017, when she settled for bronze after defeat to Japan's Nozomi Okuhara.

Sai Praneeth became the second men's shuttler from the country to win the medal at the marquee event when he won a bronze in the 2019 edition. He settled for bronze after defeat to Japan's Kento Momota in the men's singles semifinals.

Lakshya Sen, who became the youngest Indian to reach the BWF World Championships, secured a bronze medal. And the Indian was one win away from a final berth, but lost a hard-fought battle against compatriot Kidambi Srikanth in the semifinals.

Kidambi Srikanth created history by becoming the first Indian men's shuttler to reach the final of the BWF World Championships. The 28-year-old Indian, however, had to settle for silver after a defeat Singapore's Loh Kean Yew in the summit clash, which ended 21-15, 22-20.

Satwik-Chirag pair continued their rich vein of form and went on to become the first Indian men's doubles team to win a medal at the World Championships.

The Commonwealth Games 2022 gold winners, however, had to settle for bronze in BWC following their semifinal loss to Malaysia's Aaron Chia and Soh Wooi Yik.