BWF World Tour Finals 2018: Hope no one will question me about my final losses anymore: Sindhu

Guangzhou, December 16: India's PV Sindhu on Sunday hoped no one will ever question her ability to win big titles, relieved at breaking the finals jinx with a historic triumph at the World Tour Finals here. 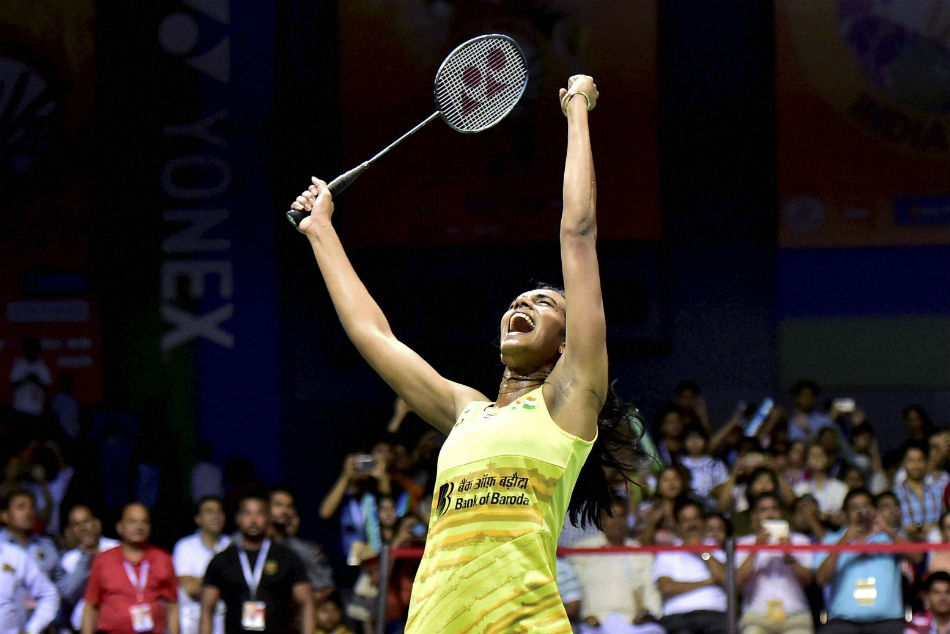 After losing seven successive summit clashes, Olympic silver medallist Sindhu finally settled her finals blues with a 21-19, 21-17 win over Japan's Nozomi Okuhara to lift the prestigious season-ending trophy. "I feel really happy. I have no words because it is my first win this year after coming and losing in the finals, so it was memorable. The year has ended on a beautiful note," said Sindhu, who won silvers at the Commonwealth Games, Asian Games and World Championships this year.

The #HSBCBWFGuangzhouFinals 🏆 makes its way to 🇮🇳 as PV Sindhu defeats Nozomi Okuhara 21-19, 21-17 to take the honours! Congratulations, champ! 🙌 pic.twitter.com/BKuK5ygmqL

"Somewhere every time people have been asking me the same question. I hope the question won't again come to me, asking why all the time coming to the finals I lose. I think I can say now that I won a gold and I am really very proud." 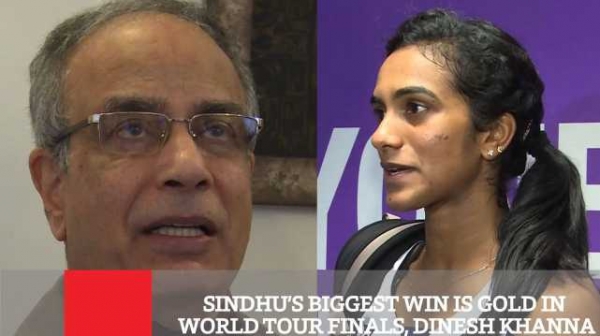 Her mentor and chief India coach Pullela Gopichand also stressed on the importance of Sindhu crossing the final hurdle. "There has been a lot of talk of her losing the finals and I think that at least, not for anybody else but for Sindhu's mind, I think it is important she lost in the final with a comprehensive big win," he said. "People have been waiting for it and it is great to have this win at the end of the year."

Talking about her title win, world number six Sindhu said: "The last to last year I lost in semifinal and last year I finished runners up. This time I am the winner, so it is a beautiful tournament for me as I won all matches in the league stages and also the semifinals and finals.

"I would definitely enjoy the moment as I am here. Next we have the Indian league (Premier badminton League), so I will go directly for that and I hope do well there so that would be all for the year." Sindhu, who had lost in the finals in the last edition, said she sometimes lost focus during the title clash.

"It was a good match. Overall there was a lot of rallies. Sometimes I was remembering about the last final but I tried to focus again on the match," she said.

"Whenever I play against Okuhara or Yamaguchi I never think it would be easy. I know every time it would be tough. Today also the rallies were 30-40 strokes, but I gave my 100 percent and I won. Okuhara also played very well."

It's been an incredibly consistent year for #PVSindhu 👏 Well done champ! pic.twitter.com/F4yvfDRHaZ

Asked about her targets for next year, Sindhu said: "Next year it will be Olympic qualification year and we have to keep ourselves fit and strategies which tournaments to play and we will have Malaysia and Indonesia coming up next year."

Badminton Association of India President Himanta Biswa Sarma congratulated Sindhu. "It is a great year-ending for Indian badminton. Sindhu winning the Tours Final and defeating the best players in the world in the process indicates journey of Indian badminton in the right direction," said Sarma. "I congratulate the Sindhu on behalf of entire Badminton Association of India."