Hashim Amla completes 8k runs in ODIs: Even in off form, he gives Virat Kohli a contest

Bengaluru, June 20: This record will boost some self-confidence in Hashim Amla. The 36-year-old South African batsman was not certain to make it to his country's squad for the 2019 World Cup, thanks to a fall in form.

He did not feature in the Proteas' final ODI series before the mega event which was against Sri Lanka at home. His last century in the ODIs came in January 2019 (against Pakistan) while he had no three-figure score in the 50-over format in the entire 2018. But just as the old wine, Amla was eventually picked in the squad to play in his third and final World Cup.

The World Cup did not start on a happy note for the ageing yet talented batsman. He was hit on his helmet by an express delivery from England's Jofra Archer in the very first match and missed the second game against Bangladesh. He returned for the next games but got his first fifty only in the fifth game against New Zealand at Edgbaston where he scored 55 off 83 balls. 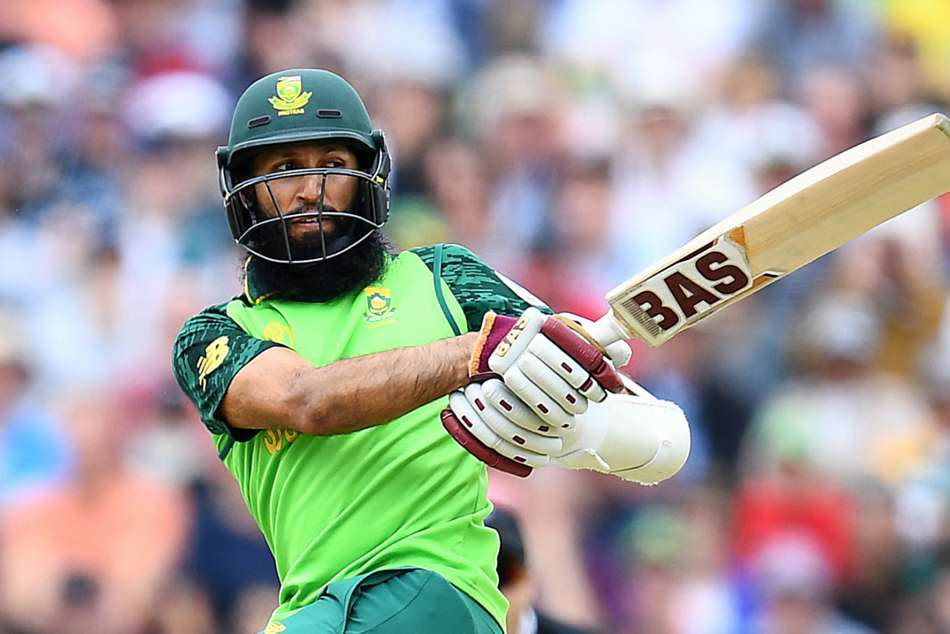 And during the knock, the accomplished batsman with over 18,000 international runs across formats took his runs tally in the 50 overs to 8,000. And the striking fact is that despite his off form over the last several months, Amla was yet the second fastest to enter the club, taking 176 innings.

India captain Virat Kohli is the quickest to make the club in 175 innings, only one less than the South African. Amla in fact had the opportunity to match Kohli in the previous match in which he remained not out on 41. But since the target was far too small (126) against Afghanistan, Amla did not have the scope.

Amla, who has 27 ODI hundreds and averages almost 50 in the format, was the fastest batsman to reach 2k, 3k, 4k, 5k, 6k and 7k runs. He is the fourth South African to make the 8k club and will certainly move to the third place as Herschelle Gibbs, the man before him, has just 53 runs more.

The way an out-of-form Amla has given a competition to even a batsman like Kohli, who is at the peak of his career, speaks volume about his batsmanship. South Africa might not last the distance in this World Cup with just one win from six outings and 179-match veteran Amla might not feature in the team again but South Africa certainly can't forget the contribution the man has made towards their cricketing feats.