Manchester, June 19: Joe Root says the "ridiculous" way England captain Eoin Morgan led from the front with a record-breaking innings against Afghanistan is inspiring for the World Cup hosts.

Morgan hit an astonishing 17 sixes -- the most in a one-day international innings -- during the course of a fearsome 148 as England thrashed the World Cup outsiders by 150 runs in a pool match at Old Trafford on Tuesday (June 18). 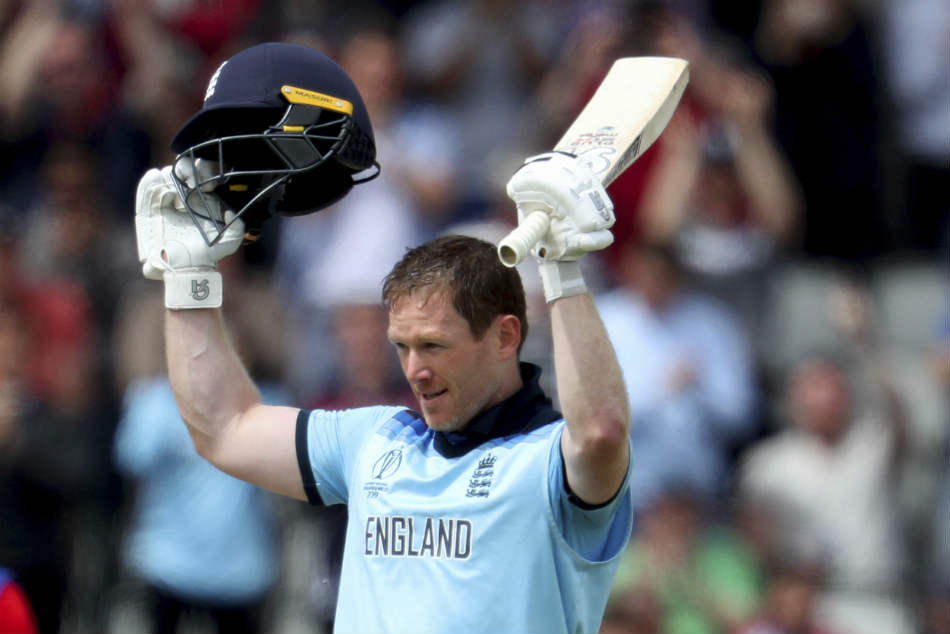 Test skipper Root, who has weighed in with a considerable 367 runs at 91.75 so far during the tournament, said it was significant that Morgan, whose dynamic leadership has revived England's white-ball fortunes, had rewritten the record books.

"It was phenomenal, ridiculous really," said Root. "It's not even like it is a small ground. "It's a really good sign for the group having the captain in that sort of form, playing as well as that. I thought his game was impeccable. It gives the dressing room a huge amount of confidence."

"For it to happen now, at the business end of things when you want to be building momentum and performing consistently well. It's a really good place for us to be, having him leading from the front," Root added.

"A lot of the time he will play in that manner -- very selflessly, potentially going a little bit too hard -- because he wants to set the example and show how he wants the group to play.

"But he's always been capable of doing it and it's great to see him doing it on this stage, in a World Cup. Hopefully, it's not the only time in this tournament."

Morgan had been doubtful for the match after a back spasm prevented him from batting in England's win over the West Indies. England are on course for a semi-final spot by finishing in the top four of the 10-team group phase and will look to make it five wins from six against Sri Lanka at Headingley on Friday.

For Root, Jonny Bairstow and Adil Rashid there will be the added incentive of playing a World Cup fixture on their Yorkshire home ground. England will check on Liam Plunkett's condition ahead of the match, with the 34-year-old paceman recovering from a virus.