Visakhapatnam, October 4: South Africa started the day at 39 for three and facing a massive deficit. The end was near them. Or so it appeared. South Africa mounted a brilliant fightback on the back of hundreds by Dean Elgar and Quinton de Kock to end the day at 385 for 8 and by the time the arrears had come down to 117 runs. 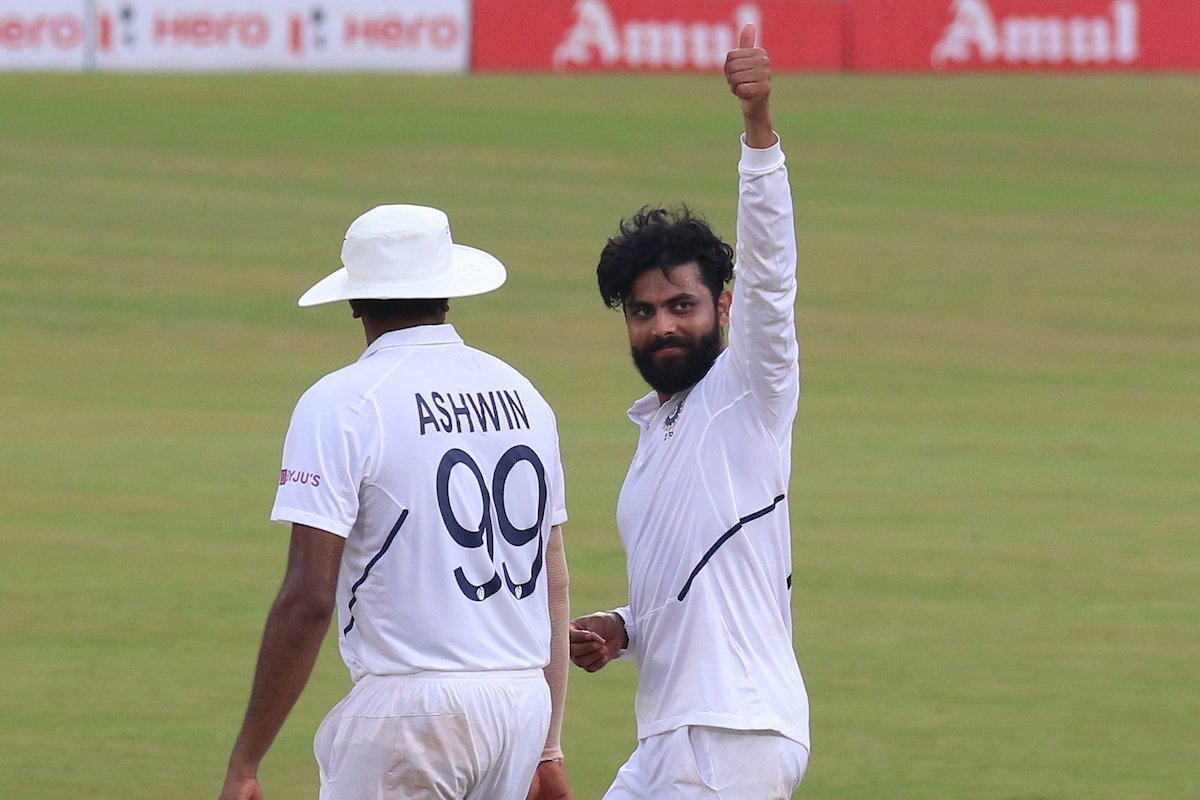 Here's MyKhel looking at the session by session progress of Day 3 of first India vs South Africa at the ACA-VDCA Stadium here.

The pitch was assisting spinners on Day 2 as shown by R Ashwin and Ravindra Jadeja in the final hour of play. And India were expecting nothing less than steamrolling the SA batsmen and take a big lead.

Ishant Sharma trapped Temba Bauvma leg before to give India an early edge. But Elgar and Faf du Plessis thwarted India's ambitions as SA ended the first session at 153 for 4, an addition of 114 runs for just one wicket. SA was the clear session winner.

This session was a replica of the pre-lunch session. Elgar and Du Plessis first ground the Indian attack before Ashwin got rid of the latter for a well made 55.

Once again, Elgar found an able ally in De Kock as the duo tackled an up and down pitch and Indian bowlers. It also has to say that the Indian bowlers were a bit surprised by the fightback and the captaincy of Virat Kohli too did not rise above mediocre.

The Proteas ended the middle session at 292 for 5, an addition of 139 runs losing just skipper Du Plessis. Once again South Africa lorded over India.

Elgar and De Kock raised a superb 164-run stand for the fifth wicket that helped South Africa close the gap with India. But the home side made a good comeback dismissing both the set batsmen - Elgar fell to Ravindra Jadeja courtesy a fine catch by Cheteshwar Pujara and De Kock was undone by a gem by Ashwin, who took his 27th Test five-wicket haul. It was Ashwin's first five-wicket haul since August 2017 against Sri Lanka at the SSC in Colombo. Perhaps, India nosed ahead of SA in this passage.

There was some unexpected fight from South Africa on Day 3. But India still has more than a hundred runs lead and if they can build on it, the hosts can look to put themselves in a winning position.