Visakhapatnam, June 14: The Indian bowlers finally came to the party as they powered the hosts to a massive 48-run win over visitors South Africa at the Dr. YS Rajasekhara Reddy Cricket Stadium in Visakhapatnam. 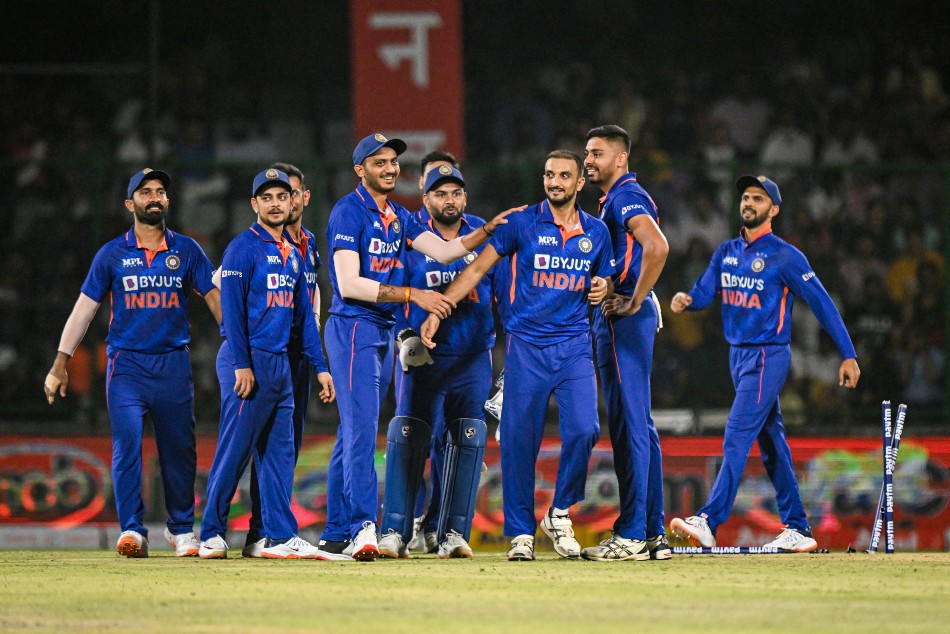 After losing the first two games of the five-match series, the hosts bounced back in stellar fashion to keep the T20 series alive. After the openers guided India to a defendable total, it was Harshal Patel who led led the bowling attack along with Yuzvendra Chahal as India clinched their first win of the series. This was Rishabh Pant's first win as India captain.

Like the first two games, South Africa won the toss and invited India to bat first. After being invited to bat, openers Ruturaj Gaikwad and Ishan Kishan handed India a flying start. The duo stitched together an opening stand of 97 off 60 to set the hosts up for a defendable total.

It was a memorable night for the Chennai Super Kings youngster as Gaikwad scored his maiden half-century for Indian. The opener was in stellar form as he brought up his half-century off 30 deliveries. But shortly after his fifty, Keshav Maharaj handed the visitors the breakthrough as he took a superb diving catch off his own delivery to end Gaikwad's (57 off 35) knock.

Opening partner Ishan Kishan also played a solid knock. Kishan, who brough up his fifty in style with a boundary, took 31 deliveries to reach 50. It was a strong statement from Kishan as he scored his second fifty of the ongoing series. But after the openers fell, India's middle-order struggled to build partnership. Though 97 came off the first ten overs, India failed to reach the 200-mark as they struggled in the second half of their innings.

Shreyas Iyer failed with the willow as Shamsi removed him for just 14 off 11. Anrich Nortje, at square leg, leaped up to take the catch as India was reduced to 128/2 in 13 overs.

India lost quick wickets as Kishan (54 off 35) departed next. The opener fell shortly after his half-century as India lost their third. Hendricks picks up him at deep extra cover as Pretorius picked up a wicket to recude India to 139/3 in 15 overs.

Skipper Pant who was dropped on 4 failed to capitalise on the lifeline as the dropped catch cost SA just two runs. The skipper was back in the dugout for just 6 off 8 as Temba Bavuma picked him up and Pretorius pocketed his second of the night. Coming in to bat with four overs to go, the inform Dinesh Karthik too fell cheaply.

Vice-captain Hardik Pandya, who was dropped on 1, struck a 21-ball 31 to guide India to 179/5. Though the hosts deemed the target short, the bowlers came to the rescue.

Needing 180 to win, South Africa lost their skipper for just 8 off 10 as Axar Patel reduced the visitors to 23/1 in four overs. Patel struck on the last ball of the powerplay to remove Reeza Hendricks (23 off 20) and restrict South Africa to just 38/2 at the end of six overs.

The visitors struggled to build partnerships as Patel and Chahal bowled out the visitors for 131. Patel who pocketed four wickets for 25 runs in 3.1 overs turned out his best spell for India in T20. Meanwhile man-of-the-match Chahal, who picked up two stellar catches, turned in figures of 3/20. Bhuvneshwar Kumar and Axar Patel pocketed a wicket each as the bowling unit found their mojo back after failing in the first two games.

With the win, India kept the series alive. Visitors South Africa lead the T20 series 2-1 with two games left. India will next take on South Africa at the Saurashtra Cricket Association Stadium in Rajkot on Friday (June 17).