Mumbai, May 3: The Kolkata Knight Riders ended a run of five consecutive losses in the Indian Premier League, with Nitish Rana and Rinku Singh impressing as they chased down the Rajasthan Royals for a seven-wicket win.

The Royals set a below-par target of 152-5 after top-order batsmen Jos Buttler (22) and Devdutt Padikkal (2) struggled to make headway early on, although captain Sanju Samson's half-century dragged them into contention. 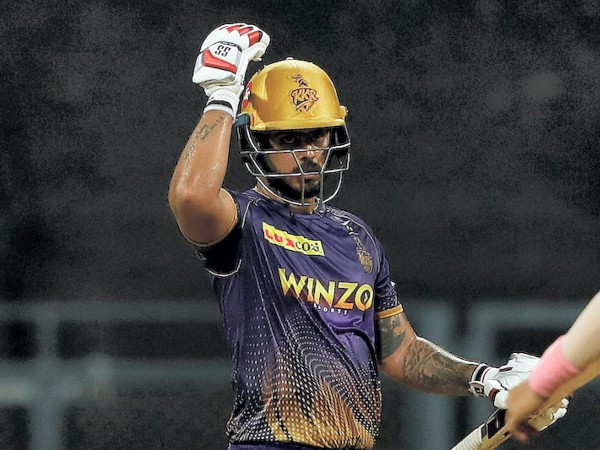 Despite Samson's haul, the Royals have now fallen to back-to-back IPL defeats, missing the chance to go second in the standings with four matches remaining.

Having won four of their last five coming into the contest, the Royals were put in to bat after Kolkata skipper Shreyas Iyer won the toss, and made a nightmare start when losing Padikkal for just two runs.

Things went from bad to worse when Buttler, the IPL's leading batsman with 566 runs prior to Monday, was caught by Shivam Mavi for just 22, way down on his season average, in the ninth over.

Samson put in a talismanic captain's performance as his knock of 54 put the Royals in contention, but was caught by Rinku in the 18th over after Karun Nair (13) and Riyan Parag (19) were also sent packing.

The Knight Riders did not have it all their own way immediately when taking up the bat, losing Indrajith and Finch to Prasidh Krishna and Kuldeep Sen before the sixth over was through in a flat start.

However, Iyer's 34 set the tone for a vast improvement in the second half of Kolkata's innings, with Rana and Rinku's outstanding partnership leading them to what proved to be a routine win as the Royals paid the price for their errors with the bat.

Buttler has been key to the Royals' hopes after averaging 65.33 this season, hitting a magnificent century in a crushing win over the Delhi Capitals less than two weeks ago.

However, his dismissal at the ends of Tim Southee set the tone for a miserable outing for Buttler's side, with Southee adding the wicket of Parag in the 17th as Kolkata clinched a crucial victory.

Rana and Rinku combine in style

A five-match losing streak had left Kolkata stranded near the bottom of the IPL table, but Rana and Rinku combined for 90 in a brilliantly efficient display to drag the Knight Riders to an important win and lift them to seventh in the standings, within four points of the Royals.