It's mystery why cricket committee is questioning Pandit's appointment: MPCA

Indore, July 30: The MPCA on Thursday said it is a mystery why the cricket committee is questioning Chandrakant Pandit's appointment as Ranji coach despite being an active participant in his selection. 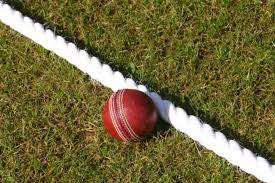 The Madhya Pradesh Cricket Association (MPCA) cricket committee comprising Yogesh Golwalkar, Prashant Dwivedi and Murtaza Ali had on Wednesday claimed that it was kept in the dark about Pandit's appointment.

"The statement (of the Cricket Committee) is completely devoid of facts and is hence causing deep dent to the reputation of Chandrakant Pandit, as also MPCA.

"Hence, after such elaborate consultation before the appointment of Pandit, it is a mystery as to why the Cricket Committee has only recently started withdrawing from their committed stance," the secretary said.

The secretary also lashed out at the Cricket Committee members saying, "repeated efforts are being made to suggest that the office bearers of MPCA are encroaching onto the functions of the Cricket Committee, which is not only baseless but also mischievous and aimed at vitiating the atmosphere."

"While the MPCA is working to improve cricket, the working conditions of coaches, assistant coaches and others, some vested interests with nefarious designs are trying to play dirty politics with an aim to harm cricket in MP. MPCA will not allow this at any cost," the said.

Pandit is one of the most successful domestic coaches in India.