Disappointed to lose 2 points, but series win over England will boost our confidence: Mithali Raj

Mumbai, Feb 28: India women's ODI team captain Mithali Raj is disappointed for not being able to complete a series whitewash against England but said the 2-1 win over the current world champions would act as a huge confidence booster for her side.

Mithali rued the missed opportunity to not only complete a 3-0 series whitewash against a quality side like England but also lose out on crucial two points in the ICC Women's Championship.

"Well, it does play a very important part because, obviously we are not playing Pakistan and we just have one more team that we are still to play, the West Indies," said Mithali after the hosts lost the third and final ODI of the series by two wickets here on Thursday. 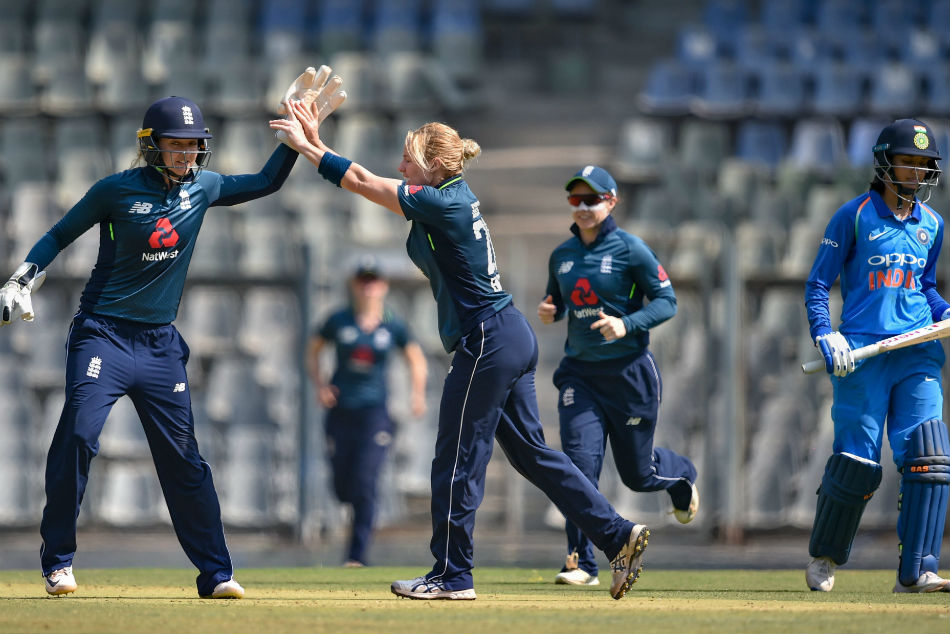 Putting things in perspective, Mithali said India now has only the contest against the West Indies to look for after having lost two points each against Sri Lanka, South Africa and also in New Zealand.

"So pretty much in totality we lost eight points when we were in a position to grab those 2 points in all those series. So it is disappointing but winning against one of the quality sides with full strength gives a lot of confidence to this side," she added.

She said only against New Zealand the team became a bit complacent after wrapping up the rubber.

"Only in New Zealand, we felt it was a one-sided game in the third ODI. But it was a well-fought match against Sri Lanka, which went till the last over and also in South Africa when we played South Africa, so those matches were well fought," Mithali said.

She said the issue was addressed before the series against England and the team was determined to make it 3-0.

"But this (issue) we did address and the girls do understand. We will definitely work on it, so that in the coming series, if we are in a similar position, we would like to make it 3-0."

"We only made one change in the team, getting Rajeshwari in place of Ekta Bist. We felt that Rajashwari did not get a game even in New Zealand. Unfortunately, this is a three ODI series so we can't really try to give an opportunity to too many youngsters. But she is a seasoned player and it is just unfortunate that she didn't get a game in the New Zealand series, so we thought she needs to get a game here," she said.

Asked about the absence of the Decision Review System in this series after having played with DRS in New Zealand, Mithali said the inconsistency of its usage was a drawback.

"We would love to have DRS because when it comes to big events like the ICC, where we have DRS, we need to get a little more experience for the girls to understand the concept of DRS - how and when to take it. We had it in New Zealand, suddenly we don't have it at home," she said.

"If it is irregular, it gets difficult for the players to accept a concept like that. It has its own effects. It is good in a way and it is bad also. Some dismissals go your way, but at crucial stages, some dismissals don't go your way. It's part of the game," she concluded.