Shoaib Akhtar clarifies after walking out of TV show

Bengaluru, October 27: Former Pakistan pacer Shoaib Akhtar justified his decision to to walk out of a TV programme and resign from his job as cricket analyst after being told to leave the set by the host of the show.

The 46-year-old, said he had been treated badly and insulted on air by the host Dr Nauman Niaz at state-owned PTV Sports channel.

The temperamental fast bowler, who played 46 Tests and 163 One-day Internationals, got up, took off his microphone and left. Niaz did not attempt to call him back and showed no reaction at all and carried on with the show as normal.

But the other guests on the show including greats like Sir Vivian Richards, David Gower, Rashid Latif, Umar Gul, Rashid Latif, Aaqib Javed and Pakistan women's team captain Sana Mir were clearly shaken by the incident. 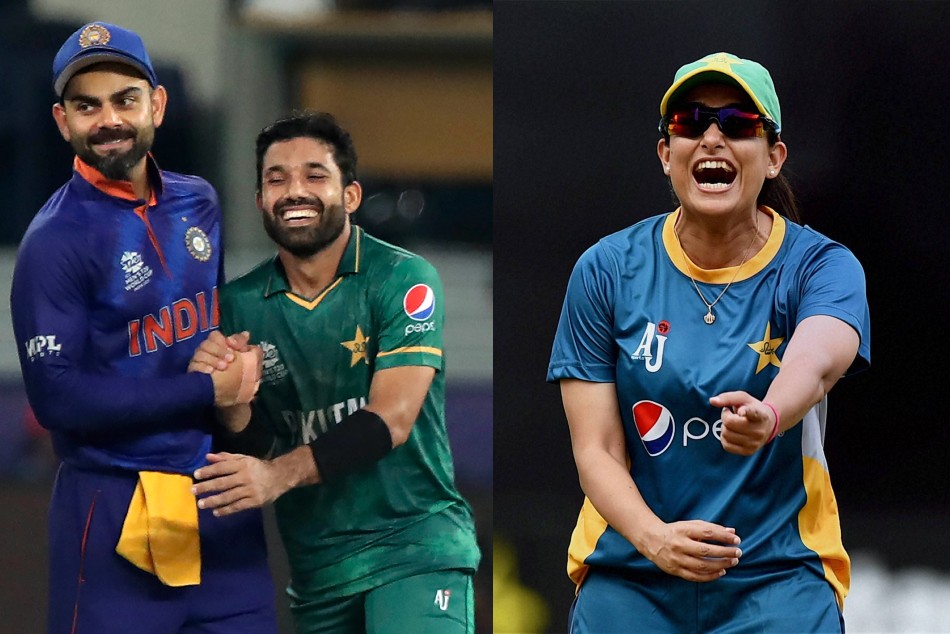 Akhtar's walk out prompted a storm on the social media with majority of the netizens sympathising with him and demanding an apology from the Niaz, who is a well-known cricket historian and analyst who heads PTV Sports.

Clips of the argument between Akhtar and the host which led to the resignation part were also shared widely on social media.

Full Clip of the Phadda between Dr Nauman Niaz and Shoaib Akhtar pic.twitter.com/jrpDaN6ms0

Later Akhtar himself took to Twitter to clarify his position. "Multiple clips are circulating on social media so I thought I shud clarify. dr noman was abnoxious (sic) and rude wen he asked me to leave the show," Akhtar tweeted.

"It was embarrassing specially wen u have legends like sir Vivian Richards and David gower sitting on the set with some of my contemporaries and seniors and millions watching.

Multiple clips are circulating on social media so I thought I shud clarify. pic.twitter.com/ob8cnbvf90

"I tried to save everyone from embarrassment by saying I was pulling dr nomans leg with this mutual understanding that dr noman will also politely apologise and we will move on with the show ,which he refused to do. Then I had no other choice."

The problem began apparently when Akhtar ignored the line of questioning by the host and decided to talk about pacer Haris Rauf and chose to lavish praise on the Pakistan Super League franchise, Lahore Qalanders and its coach, Aaqib for discovering Haris and supporting him properly.

"This is the guy who deserves all the credit. It was Lahore Qalanders who gave us Haris Rauf," Akhtar said as he pointed towards the former Test pacer as Noman tried to interrupt him.

The host, clearly annoyed and irritated with Akhtar trying to undermine him, told Shoaib that he had been misbehaving with him and he would not tolerate that and in such circumstances it was better if he left the show and than went for a commercial break.

"You've misbehaved with me and I'm telling you you can leave the show now," Niaz said.

After the break when the transmission resumed, there was more drama when Akhtar said he would like to close the unpleasant incident but demanded an apology from the host, who did not not budge and started discussing the match.

Few minutes later Akhtar turned to his fellow experts on the show and after apologising to them announced he was resigning from PTV Sports.

"My apologies for this, but I'm resigning immediately from PTV Sports as I've been insulted and treated badly on live television in front of the nation," he said.