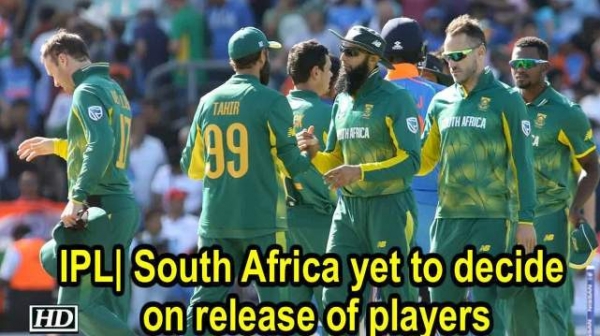 IPL: South Africa yet to decide on release of players

In-form opening batsman Markram guided the Proteas to victory over Sri Lanka with an unbeaten 67 at Newlands on Saturday, sealing a 5-0 one-day international whitewash.

Markram could make his debut in the shortest format in Cape Town on Tuesday, while paceman Nortje and 20-year-old wicketkeeper-batsman Qeshile have also been called up.

Qeshile will not be involved in the opening match, but is set to make his bow at Centurion on Friday.

JP Duminy, who this week announced he will end his ODI career after the Cricket World Cup, will captain the side for the second and third matches of the series to give Faf du Plessis a rest.

Quinton de Kock, Kagiso Rabada and Lungi Ngidi will also only feature in the first rubber of the three-game series.