The Iran Pro League champions' fourth consecutive win means they have a five-point lead at the top.

Avoiding defeat against Al Wahda of the UAE will seal the 2020 AFC Champions League runners-up their round-of-16 berth with a match to spare.

That's a wrap for tonight ✅

Here are the results of the first day of the #ACL2021 Matchday 4⃣ 👇 pic.twitter.com/BespN3StYT

It was a disappointing night at the Jawaharlal Nehru Stadium in Fatorda for the Gaurs, who came in with five changes from the team that lost 1-2 to the Iranians on Matchday Three.

Goalkeeper Dheeraj Singh, midfielders Jorge Ortiz, Brandon Fernandes and Glen Martins were all on the bench while Edu Bedia - who scored against Persepolis on Tuesday - missed the match through suspension. 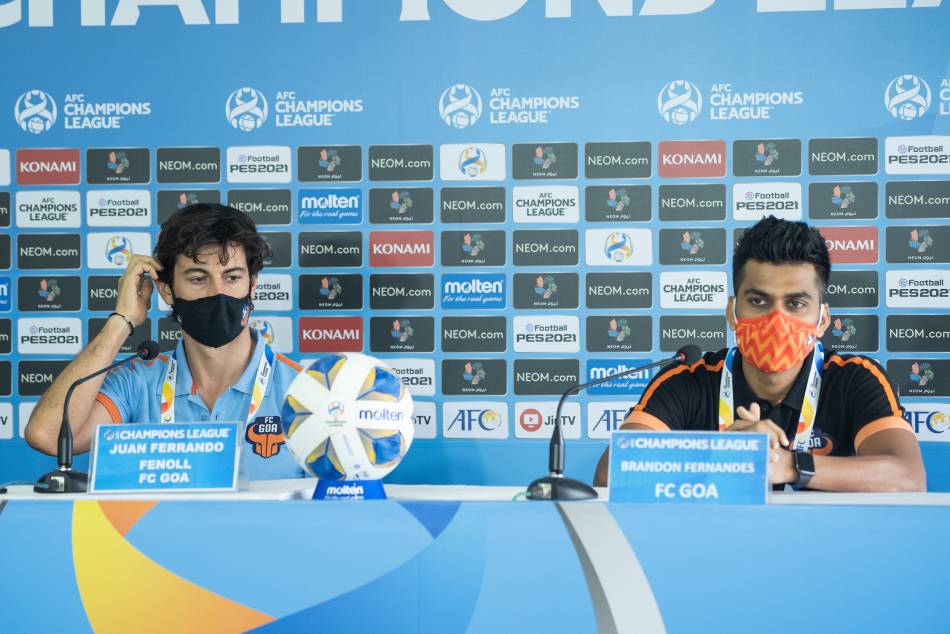 The Indian Super League outfit, however, got the first look at goal seven minutes in but forward Devendra Murgaokar sent his header wide.

Isa Alkasir should have put Persepolis ahead in the 23rd minute off a Mehdi Shiri cross into the box, but the Persepolis striker could not find the target.

Goa tried to keep the Persepolis at bay, but their efforts fell flat a minute later when Amarjit Singh lost possession, with goalkeeper Naveen Kumar unable to stop Shahriyar Moghanlou's shot from settling in the net.

Naveen was under pressure again when he brought down Alkasir inside the box, with Mahdi Torabi sending the Goa goalkeeper the wrong way to give Persepolis a 2-0 lead going into the break.

The lead was widened further two minutes into the restart as Moghanlou turned provider, sending a deep cross from the left flank to Alkasir, who charged into the box before coolly slotting home.

Persepolis added to Goa's misery when they made it 4-0 after Kamal Kamyabinia thumped his effort into the back of the net in the 58th minute after Ali Shojaei's header off a corner was blocked by the home side's defenders.

While Persepolis will look to confirm their round-of-16 spot against Al Wahda on Monday (April 26), Goa will target the first win of their debut campaign when they play Qatar Stars League outfit Al Rayyan.