The decade-long monopoly on football's most prestigious individual prize held by the Barcelona great and Cristiano Ronaldo was broken a year ago by Real Madrid midfielder Luka Modric. 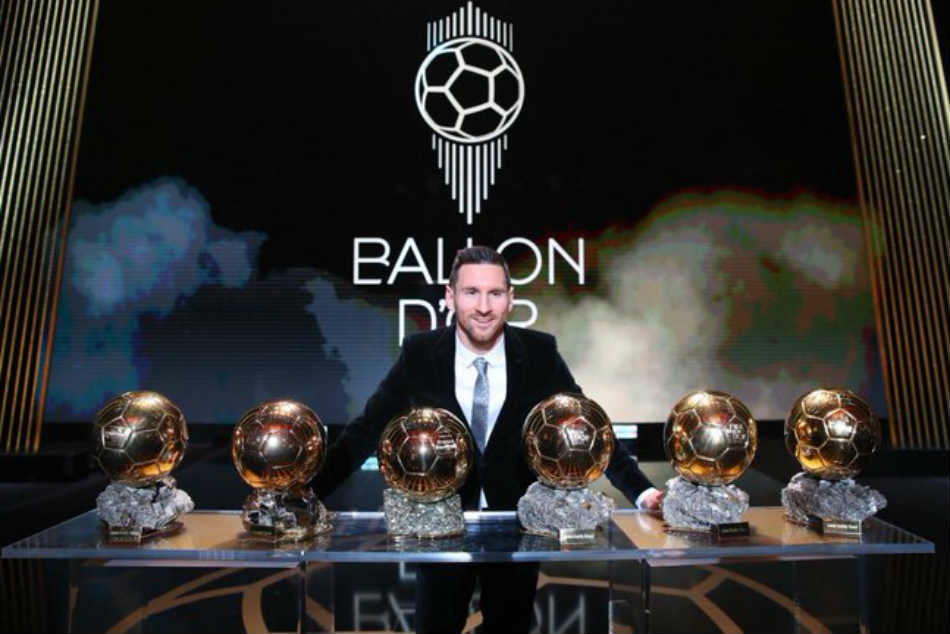 Below, with the help of Opta data, we have scrutinised the numbers behind each of the years Messi has been named the world's best.

Could there really have been any other winner in a year in which Messi swept every major honour? There were six collective titles in total as Pep Guardiola's star-studded class won La Liga, the Copa del Rey, the Champions League, the Supercopa a Espana, the Super Cup and the Club World Cup. Messi contributed 22 goals and 10 assists in La Liga across the calendar year, while adding a respective six and two in the Champions League.

It would not be his last. 🐐 pic.twitter.com/uwx5noyjO2

A year later and there were fewer trophies - just a La Liga and Supercopa to add to his tally - but it was another phenomenal year for Messi, who scored 58 goals in just 54 appearances for Barcelona – meaning he had a goals-to-games ratio of 1.07. He celebrated 42 of those in just 36 LaLiga games, while he managed a goal a game across 12 appearances in the Champions League.

A third straight Ballon d'Or arrived in 2011 and justifiably so. The only major honour missing from the list was a Copa del Rey, with Messi again the figurehead in a Barca team that won LaLiga and the Champions League. There were fewer goals, 55 in 57 games across all competitions, but 25 assists was a mark-up from his 2010 numbers.

The last of four in a row and, while Messi had just a Copa del Rey to show for his efforts, individually it was an astonishing 12 months for the Argentina great. In 60 appearances, Messi scored a scarcely believable 79 goals – 59 of which were in La Liga and 13 in the Champions League. That made for an astonishing 1.32 goals per game, while he added 21 assists for good measure.

In the two years prior and after, it was his great rival Ronaldo who would dominate the Ballon d'Or. But in 2015 there was really ever only one likely winner as Messi formed a devastating trio with Neymar and Luis Suarez under Luis Enrique to win a La Liga, Copa del Rey and Champions League treble – with a Super Cup and Club World Cup thrown in for good measure. The individual stats did not quite match those of three years previously but he still contributed a mightily impressive 48 goals and 23 assists across 53 appearances.

For a player considered by many as the best to ever play the game, it seems fitting that Messi should hold the record for most Ballons d'Or. This year has thus far been just as sensational as his previous five triumphs, with 41 goals and 15 assists in 44 appearances. Messi also won La Liga for a 10th time – the most of any Barcelona player in history.