Munich, February 10: Bayern Munich closed to within five points of top spot in the Bundesliga with a hard-earned 3-1 win over Schalke at Allianz Arena on Saturday (February 9). 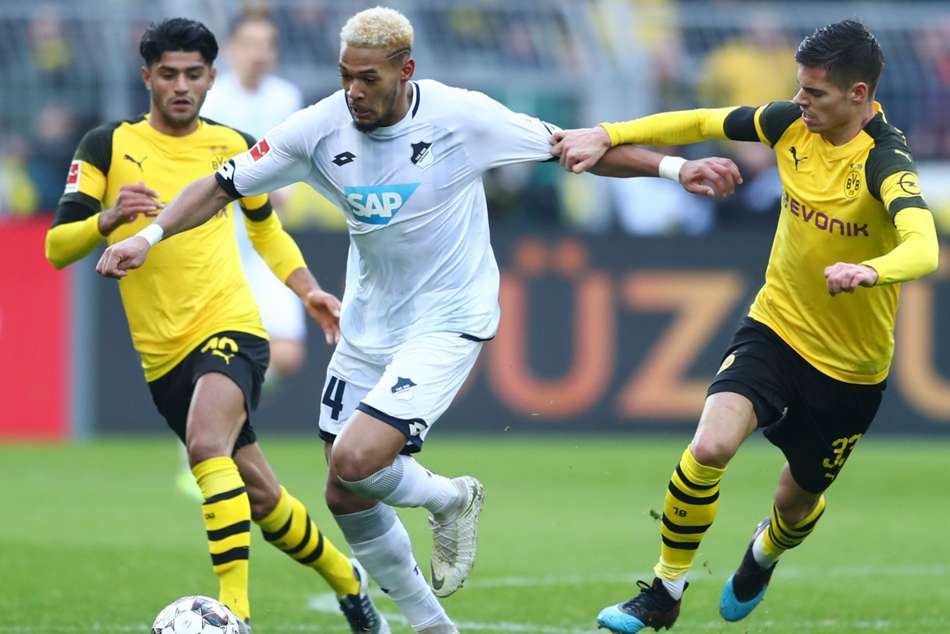 Jeffrey Bruma's own goal and Robert Lewandowski's composed finish either side of a surprise Ahmed Kutucu strike on the counter-attack handed the hosts a half-time advantage that Serge Gnabry extended before the hour.

Niko Kovac's men, while not entirely convincing at the back, were assured from thereon in ensuring Joshua Kimmich's 100th top-flight appearance was celebrated with a timely victory.

Lewandowski scores his 100th goal at the Allianz Arena 💯⚽

James Rodriguez retained his place after an influential display in the midweek DFB-Pokal triumph over Hertha Berlin and it was his pass that instigated the 11th-minute opener, Bruma's attempt to poke the ball away from Lewandowski ending with it nestling in his own net.

Hertha levelled when Weston McKennie released teenager Kutucu for an unerring finish against the run of play, but parity lasted less than two minutes.

Nabil Bentaleb's loose pass led to a one-touch combination between Serge Gnabry and James that freed Lewandowski to dispatch his 100th goal at Allianz Arena.

Schalke went agonisingly close to drawing level soon after the interval as midfielder McKennie and defender Bruma both saw efforts come back off the same left post in quick succession.

Their frustration grew greater in the 57th minute as Lewandowski's bicycle kick from a Kingsley Coman cross fell kindly for Gnabry to nod beyond Ralf Fahrmann.

Lewandowski fluffed a chance to double his tally with just over 15 minutes to play but the miss counted for little as Bayern issued an important response to last weekend's loss to Bayer Leverkusen.

What does it mean? Bayern back in the hunt

Bayern's dispiriting 3-1 defeat at Leverkusen last time out initially appeared as though it could have been a pivotal moment in the title race.

Instead, February 9 might well be remembered as the day the door swung back open as the champions took their chance to turn up the pressure with 13 matches still to play.

Niko Kovac still has work to do on his defence but has found a favourable formula in attack.

Colombia star James had a hand in the two first-half goals that set up the victory and, crucially, looks to have struck up a strong understanding with the in-form Gnabry.

The pair were on the same wavelength throughout the match and caused the kind of problems that suggest Arjen Robben need not rush his return from injury.

59 - @jamesdrodriguez had the most touches (59), created the most chances (5) and fired the most shots (3) in the first half between @FCBayernEN and Schalke. Active. #FCBS04 pic.twitter.com/BznJEROGTB

Bentaleb in the bad books

Schalke needed a measure of calm after pulling level through Kutucu but, owing to midfielder Bentaleb's poor pass, were almost immediately left chasing the game once again.

It was a costly error from the Algeria international, who struggled to exert much of a positive influence on the match.

Bayern visit Augsburg on Friday (February 15) before venturing to Anfield four days later for the first leg of their Champions League last-16 tie against Liverpool, while Schalke host Freiburg next Saturday (February 16).