Di Francesco: Roma gave up – but if you don't believe in a comeback, stay at home

London, April 25: Eusebio Di Francesco accused Roma of giving up in the second half of their 5-2 defeat to Liverpool, although he insists the Champions League semi-final is not over. 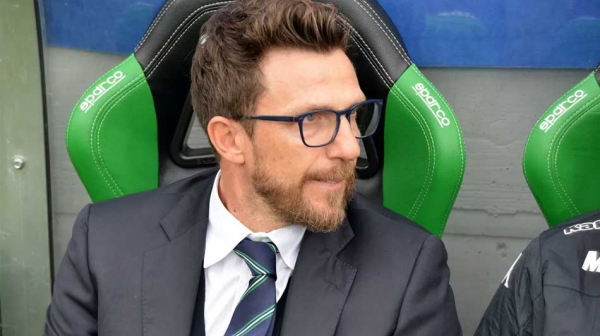 The visitors looked dead and buried 68 minutes into Tuesday's first leg at Anfield, with Mohamed Salah, Roberto Firmino and Sadio Mane scoring to put the home side 5-0 up.

However, late goals from Edin Dzeko and Diego Perotti have given Roma some hope of a repeat of their dramatic quarter-final comeback, when they beat Barcelona 3-0 in the second leg to go through on away goals.

Di Francesco was upset at the way his side failed to win enough battles in midfield and furious that they conceded three times in 13 minutes after the break, but he insists they must believe they can reach the final.

"We started to lose too many duels and lost shape after the first goal," he told a news conference. "We didn't read the game as we should have done and we lacked quality.

"I think we deserved to score those two goals, the team proved to have soul, but I didn't like that we gave up during the second half. We controlled the first 20-25 minutes but then we started to lose too many duels.

"Football is not a game about systems, it is about winning those individual duels. It could have been more than five at one stage.

"We don't need miracles, we just need to believe like against Barcelona and our fans will be there supporting us.

"This is the first Champions League semi-final for Roma in three decades, we're not used to it. But let me remind you: the tie is not over. Whoever does not believe in the comeback can stay at home. I feel responsible, I am the most responsible here, but we are still playing in a semi-final."

Roma's dismal start to the second half was compounded when Di Francesco was seen exchanging angry words with midfielders Radja Nainggolan and Kevin Strootman.

The head coach explained that his players had misconstrued his instructions, prompting them to set up in a different system.

"There was a misunderstanding with the substitution, I asked them to play 4-3-3 and they played 4-2-3-1, then they scored the fifth goal, proving details make the difference," he said.

"What I didn't expect was to concede so many goals one after the other in second half. When you lose so many midfield duels, it's hard to change the trend of the game.

"We gave away too many balls, we worked on it and knew they were lethal on the break in that area. I changed things as we lost shape, too much space and needed vitality and another striker to try to play and hold up the ball more."